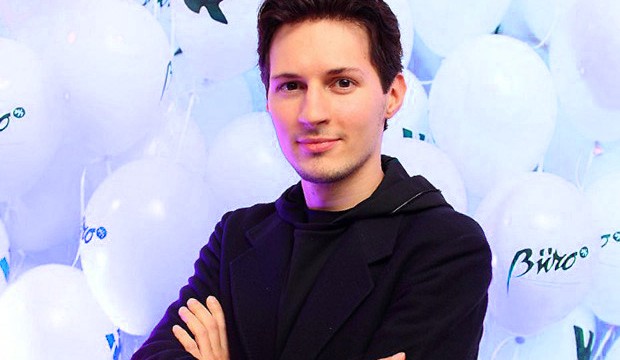 Tehran, Nov 5, IRNA – The CEO of the smartphone messaging application Telegram apologized to the Iranian users due to his hasty remarks, an Iranian official said.

Head of public relations department at Iran’s Ministry of Communication and Information Technology (CIT) Mohammad Reza Farnaqizadeh told IRNA on Thursday said that the Telegram CEO Pavel Durov made an apology to the application’s Iranian users and said he will make pages with immoral content inaccessible for Iran.

The official said that Durov, in a Twitter post on Wednesday night, retracted his earlier remarks which leveled some accusations against the Iranian authorities including those in the Telecommunications and Information and Technology Ministry.

He stressed that Durov referred to his own remarks as being “hasty”.

Last month, Durov had accused Iran of blocking the application after his company refused Iran’s demands to help them ‘spy on their citizens.’

On November 4, he wrote on Twitter that the demands he had received were ‘fake’ and ‘not authorized by higher authorities.’

‘The government denied they required any kind of spying tools from Telegram,’ Durov said.

‘My earlier claim about Telegram getting blocked may have been inaccurate (or at least premature),’ he wrote.

According to Farnaqizadeh, the Telegram CEO said he will act according to Iran’s redlines and block the pages which carry indecent material.

Farnaqizadeh said Durov apologized to the Iranian people as well as CIT Ministry because he had attributed some false remarks to the Ministry.

He said when Durov first made the false remarks the Iranian CIT minister Vaezi made it clear that any website wishing to be seen inside with no problems has to abide with Iran’s policy of preventing any immoral content inside the country.

A few weeks ago, the Telegram did a post in Twitter claiming that Iran’s CIT Ministry are sabotaging in the app’s operations in Iran because they refused to act according to their demand.

Soon after the news released, Iran announced that internet disruption in the country had nothing to do with “attempts to filter Telegram”.

On August 14, Va’ezi said that Telegram’s management entity, in an e-mail sent to the ministry under his watch, had made a commitment to continue its activities in compliance with the Islamic Republic’s laws and to remove the unethical stickers from the software, PressTV said based on an IRNA report.

The Iranian users of Telegram had recently noticed and were repulsed by a series of explicit stickers on the software.

Va’ezi said Telegram had been sent by his ministry a notification about the unethical stickers.

According to him, Telegram’s management entity also said in its e-mail that “it has not had a direct role in the [the designing and release] of the stickers” and that certain users had designed them using an option provided to them by Telegram.

The administration of President Hassan Rouhani “has no problem with those social software and networks that work within the framework of the Islamic Republic’s laws,” Va’ezi said, adding that, “Only the activities of those networks that seek to violate that framework will be confronted.”

The Telegram application was released in August 2013 and is run by the Telegram Messenger LLP.