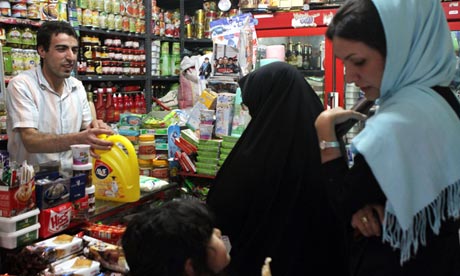 Iran starts blockade on US goods

Iran’s Minister of Industry, Mine and Trade Mohammad Reza Nematzadeh in a directive to his deputies on Thursday ordered to implement a blockade on imports of consumer goods from the United States.

Nematzadeh in his directive ordered all the related institutions to prevent the presentation of American goods that represent a symbolic presence of the US in Iran in shops and stores across the country.

This, he said, is based on what the Leader of Iran’s Islamic Revolution Ayatollah Seyyed Ali Khamenei emphasized in his recent letter to President Hassan Rouhani regarding the implementation of the Joint Comprehensive Plan of Action (JCPOA) – Iran’s nuclear accord reached in July with the US, Europe, Russia and China.

Ayatollah Khamenei in his letter emphasized that the implementation of the JCPOA must lead to the promotion of the resistance economy – a self-dependent economy that he said must be created a few years ago to withstand the sanctions.

For that to happen, Ayatollah Khamenei told Rouhani that his government should set up a series of obligations for the government that included mechanisms for empowering national production and checking imports of US-made goods.

President Rouhani wrote back to Ayatollah Khamenei, assuring that his government would observe the Leader’s guidance and considerations.