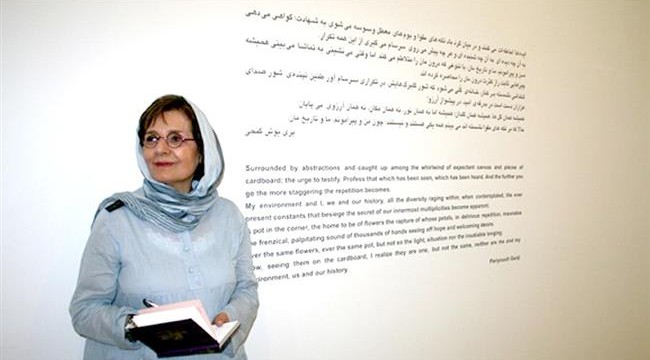 Japan has awarded Iranian artist Parivash Ganji for her efforts in promoting the Japanese culture.

Ganji received Japan’s Order of the Rising Sun for her extensive research on Sassanid designs which according to the Japanese Embassy in Iran contributed to designs used in Japanese Kimono and Obi.

She was also praised for her successful use of Sumie (Japanese Ink wash painting) and Shoji (traditional Japanese architecture) in her paintings.

Born in 1945, Parivash Ganji is an Iranian painter and fabric designer. She learnt painting and miniature techniques from Iranian masters such as Reza Forouzi and Mahmoud Farshchian.

She pursued her academic studies in London and Paris, and started teaching fabric design at Tehran University of Art and Alzahra University after returning to Iran.

Ganji has held numerous exhibitions in Iran, Japan and Europe.

The Order of the Rising Sun was established by Emperor Meiji of Japan in 1875. It was the first national decoration awarded by the Japanese government to those who have made distinguished achievements in international relations, promotion of Japanese culture, and contributing to the preservation of the environment.

The Order is awarded in the name of the Emperor to both Japanese and non-Japanese nationals.