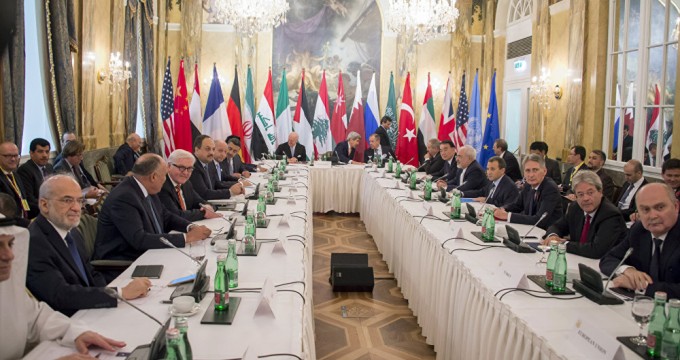 What led to argument between Zarif and Al-Jubeir at the Vienna conference?

At one point, Dr. Zarif responded to those remarks nonchalantly, and, at another, he openly rejected each of Al-Jubeir’s comments, Deputy Foreign Minister Amir Abdollahian said.

Although the Iranian delegation in Vienna tried not to be dragged into a verbal confrontation with the Saudis, the baseless, offensive remarks of Saudi Foreign Minister Adel Al-Jubeir drew an open and sharp reaction from Foreign Minister Zarif, an Iranian deputy foreign minister said in a TV interview Saturday.

The following is the translation of a report Entekhab.ir published on November 1on what else Deputy Foreign Minister for Arab and African Affairs Hossein Amir Abdollahian said:

The deputy foreign minister said, “Throughout the gathering, Mr. Al-Jubeir tried to set a timetable for President Bashar al-Assad’s departure. He wouldn’t care about the Syrian people’s right to self-determination at all, and made baseless comments.

At one point when the conference was in session and other ministers were in attendance, Dr. Zarif responded to those remarks nonchalantly, and, at another, he openly rejected each of his comments.”

Abdollahian further said, “Iran’s presence [in the conference] helped the objectives envisioned in Tehran’s Syria strategy be taken into account. After seven hours of bargaining, we succeeded in reaching agreement over holding talks about key questions, including the need for simultaneous attention to the fight against terrorism and the election process based on international standards and not foreign interference in Syria as well as attention to refugee and humanitarian problems along with respect for Syria’s independence, sovereignty and territorial integrity.”