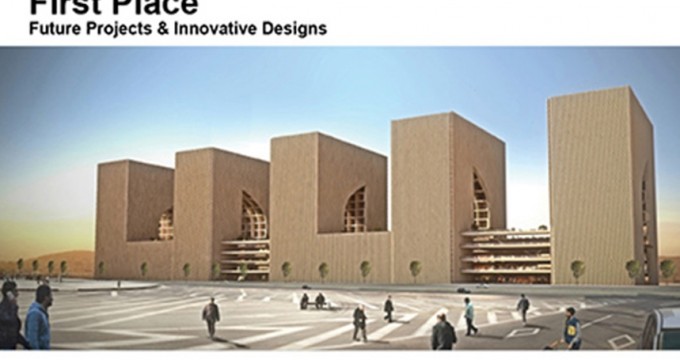 Six Iranians are among winners of the First Asia Architecture Award 2015 in Istanbul.

Awards of the first edition of the event were recently conferred at a ceremony held at the Istanbul Technology University (ITU), Honaronline reported. Participants from 19 countries attended.

The six Iranians were awarded gold, silver and bronze medals while six of their compatriots received special mention for their projects. All the prizes in the Interior Design Category went to Iran.

In the Old and New (Reuse and adaptation, Renovation, Restoration, Regeneration) category ‘The Ab-Anbar of Divan-Khaneh (Fars Province Museum of Aqua Structures)’ designed by Ali Sodagaran and Nazanin Kazerounian stood second and ‘Lamkadeh Building’ by Iman Shafiee and Behzad Maneshgar was ranked third.

‘Kahrizak Residential Building’ designed by Mahdi Kamboozia, Helena Ghanbari and Alireza Movahedi was the only work from Iran in the Residential category which was honored by the jury.

The entries were reviewed and assessed by the jury with respect to the award’s main goal which is to identify the essence of architecture in Asia and underscore the importance of social and cultural identity and significance of spirituality along with physical aspects of architecture.

The event was organized by Ahmad Zohadi, CEO of the 2A Architecture & Art Magazine, the Middle East regional source for information regarding architecture, design and art.

The magazine aims “to establish a polyphonic relationship with the professional, international audience” and therefore focuses on structures that make this relationship possible in its most comprehensive form.

As part of its activities, the magazine organizes the Asia Architecture Award as an annual event to highlight Asian achievements in architecture and contemporary challenges in the field.