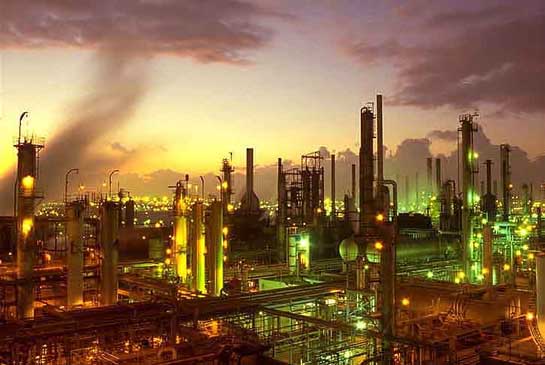 Tehran, November 1, The Iran Project –The outcomes of the drop in oil price are immediately clear in the local gas stations and later in oil-producing government policies shift to cut public budgets. In the long-run, however, there may be some further consequences for these consequences.

History shows how energy and particularly oil bursts and booms have shaped the foreign policy directions of oil-producing countries. As it has often been said oil is the most political commodity in the world today. Although the situation is volatile and there are various predictions of the oil price, according to the Bloomberg Intelligence survey of 86 investment specialists in 2015, the average price is likely to be somewhere between $35 to $80.

Thus, with the outlook on oil price crash in the market and given the Iran’s oil export ban due to Western-imposed sanctions for the past years, the need how to understand and act in this rapidly changing world seems necessary.

Since the energy resources have been usually a source of power and a foreign policy key tool for Iran, as a major energy producer in the global market, what type of changes have the rapidly dropping price and export ban brought in the country’s foreign policy? How should the potential void left by oil wealth and power in Iran foreign affairs be dealt with?

In a general sense, the oil price drop shifts the structure of Iran’s export, boosting the country’s non-oil exports as an alternative to crude oil and gas exports. As a growing trend in recent years, the Iran’s economic decision making has significantly reconsidered its agenda, making the foreign expert less dependent on oil and gas production.

In political sense the low oil price has led to the structural changes in energy resources exports and consequently affected the work of foreign policy, either performance or directions, as they are closely intertwined. In other language, if the foreign policy behavior is assumed as a dependent variable, then the debate of oil will be considered as an independent variable that shapes the diplomacy decision making process.

Primarily, it may widen ties with countries other than Iran’s oil traditional customers. Secondly, as the oil power has been Iran’s lever of influence in foreign policy over years and given the scares resources of foreign policy, the debates about Iran’s role and relative influence in world and regional affairs undergoes substantial changes. Consequently, Iran’s foreign policy has to increasingly move toward an agenda revision to be less dependent on oil revenue and power to serve today requirements.

Apart from the above mentioned consequence, another key consideration worth noting is that Iran has been frequently accused to giving weapons and support to Shia groups in the region for decades. With the ongoing fundamental reorientations as the result of changes in oil market such accusations seem even more baseless. Similarly, Iran oil export ban due to the Western sanctions in past years casts serious doubts on those who argue that Iran’s oil money have been pumped to strengthen Shiism as a soft-power tool in the region. Above all, it demonstrates that the spiritual influence is largely behind the Iran’s widespread influence among the Muslim nations of the region.