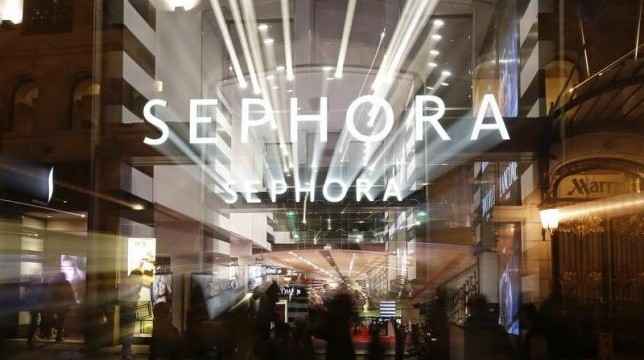 France’s Sephora to open shops in Iran next year

France’s Sephora plans to open several shops in Iran starting next year, becoming one of the first major European specialist cosmetics retailers to directly invest in the country as it emerges from years of economic sanctions.

Sephora, part of luxury industry leader LVMH (LVMH.PA), running around 2,000 outlets worldwide, is keen to build its presence in Iran where there is a huge appetite for cosmetics and especially make-up.

With a population of nearly 80 million, Iran is the Middle East’s second biggest market for beauty products after Saudi Arabia with annual sales reaching more than 3.5 billion euros($3.86 billion) in 2014, according to market research company Euromonitor.

And the beauty and personal care market is expected to nearly treble in the next five years to more than 10 billion euros, Euromonitor forecasts.

“Sephora is currently finalizing talks with its partner in Iran,” one of the sources close to the matter said.

“Talks are already quite advanced with their distributors,” another source said, declining to be named. One source said Sephora was hoping to open up to seven boutiques.

The Joint Comprehensive Plan of Action signed in Vienna in July between Iran and six world powers is to end years economic sanctions on Iran in 2016 in exchange for restrictions on its nuclear program.

While Western beauty products have long been sold in Iran in various perfume shops, the July deal is expected to bring an economic boom to the country which has been suffering from years of under-investment.

“We estimate that women, whatever their revenue level, spend as much as a third of their income on beauty,” Reza Miremadi, who distributes L’Oreal’s mass market brands such as Maybelline and Garnier in Iran.

Several managers from LVMH have been making trips to Iran in Sept. and Oct. and executives from Dior, Louis Vuitton and Bulgari are preparing to go there next month to examine investment opportunities, the sources said.

And the French trade group Comité Colbert, which represents 80 luxury brands, said it was planning to organize a trip in the spring.

Iran, once dominated by bazaars and tiny shops, has seen an explosion in shopping malls in recent years.

“Many people do not know that Iranians’ relationship to luxury and refinement is really quite close to that of the French or the Italians,” said Sara Yalda, a Franco-Iranian writer who is organizing a series of 14 conferences on Iran at a big theater in Paris next year.

“I think luxury brands are going to be very successful there.”

Many luxury brands such as jewelers Cartier, part of Richemont (CFR.VX), and Bulgari are sold in Iran through multi-brand shops.

Iran, whose economy is largely dependent on oil and gas revenues, has more than 3 million high net worth individuals who are major and regular buyers of luxury goods, analysts estimate.

But several luxury groups including Chanel, Gucci owner Kering (PRTP.PA) and LVMH’s Dior and Louis Vuitton said they were adopting a “wait and see” attitude for now until the evolution of Iran’s international relations became clearer.

“We have to see how things evolve from a political standpoint and see if there is a suitable retail infrastructure,” Dior Chief Executive Sidney Toledano said. “This is not short term but things can evolve quite quickly.”

Key political milestones will be Iran’s legislative elections in February and the outcome of the U.S. presidential campaign in November as there is concern president Barack Obama’s successor could re-impose sanctions.

Also, as part of the July Vienna agreement, there is a “snap back” provision which would re-instate the sanctions if Iran failed to fulfill its commitments.