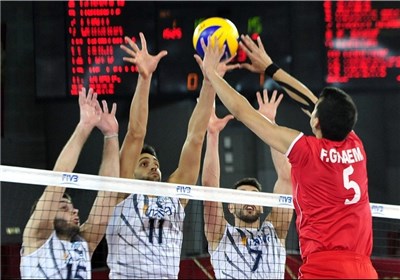 TEHRAN (Tasnim) – Iran’s Paykan failed to book a place in the FIVB Men’s Club World Championship final after being defeated against Sada Cruzeiro late Friday.
The Iranian team suffered a defeat against the Brazilian team in straight sets (25-19, 25-17, 25-17).

Yoandy Leal and Wallace De Souza led the way for Sada Cruzeiro with 16 and 11 tallies, while Isac Santos added four blocks among a total of 10 points. On Paykan, no players reached double numbers.

Paykan will meet UPCN San Juan in the third place match on Saturday.

The 2015 FIVB Men’s Club World Championship has brought a total of world’s six teams in Betim, Brazil from October 27 to 31.