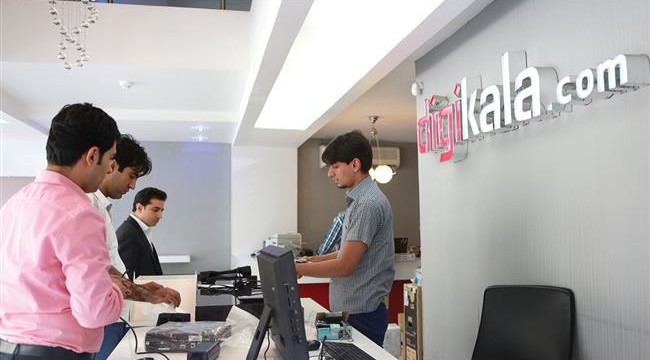 ‘Digikala not deterred by competition’

Leaders of Iran’s key online retailer Digikala say they are not worried about competing with their global rivals once they set foot in the Iranian market.

Twin brothers Hamid and Saeed Mohammadi have even proposed to form partnerships with their rivals over their Iran activities.

“We believe foreign investors have a higher chance of success if they follow joint venture models and create partnerships with local enterprises. Iran’s market is not as simple as it seems from outside,” said Saeed Mohammadi.

Iranian officials said on 7 October that the required mechanisms have been created for the Iranians to make online shopping from major retailers such as Amazon and eBay and receive their goods in Iran.

technicalities caused as a result of the sanctions.

“Amazon and eBay are not necessarily a threat or even a competitor to Digikala, since these major online retailers have not shown much enthusiasm to conquer the Middle Eastern market,” Saeed added.

Both Digikala leaders, 36, emphasized that the removal of sanctions against Iran – which could bring a benign economic environment as well as access to foreign financing

, markets and technology – could allow their company to expand beyond Iran’s borders.

“Digikala has the potential to become the leading online retailer in the region,” Hamid Mohammadi said.

Digikala branched out into selling sports and outdoor equipment, clothes, shoes and jewellery, beauty products, books and even video downloads to Iran’s population of nearly 80 million.

The company does not reveal its bottom line or the value of its revenue but says sales are growing 200 percent a year, and that it receives orders from even the remotest villages thanks to a government program to extend the Internet countrywide.

It delivers orders in big cities with its own staff, and via national or private postal systems in remote areas, Reuters added.