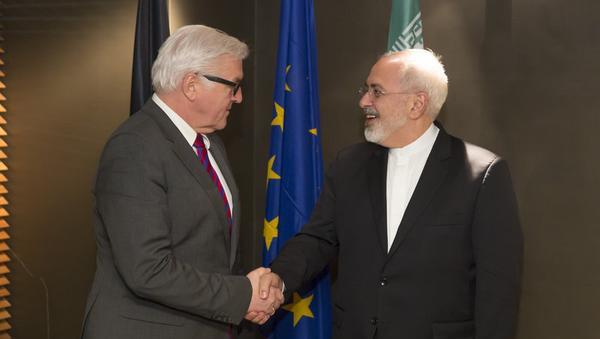 TEHRAN, Oct. 29 (MNA) – Iran’s Zarif who is slated to sit the Syrian crisis conference in Vienna on Friday, conferred with EU’s Mogherini and Germany’s Steinmeier via phone.

Accordingly, MNA reported that Zarif held a separate phone dialogue with his German counterpart Frank-Walter Steinmeier on the same issue of Syrian crisis on Wednesday in the afternoon.

Already Zarif held a phone conversation with his Russian counterpart Lavrov, on Tuesday, for the third time in the same week, to discuss the ways to settle the crisis that has reportedly claimed over 250,000 lives in the Arab nation so far.

Marzieh Afkham was quoted by foreign ministry’s media relations office, on Wednesday, saying that in response to an invitation for the Islamic Republic of Iran to the Friday session, Zarif would lead a high ranking political delegation to the meeting venue in Vienna.