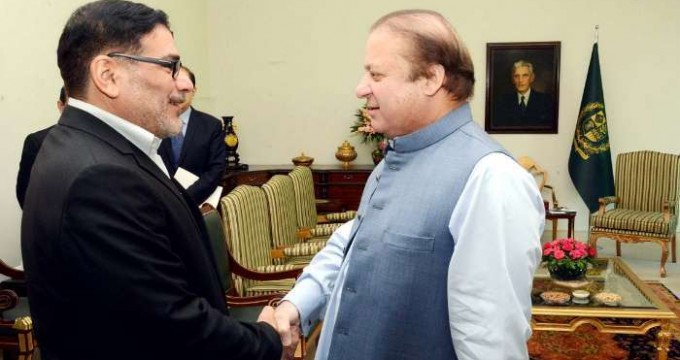 ‘Regarding Iran’s efforts and experience as one of the main pivots in fighting terrorism, in our meeting we urged the need for cooperation between the two countries to confront terrorism,’ Shamkhani told reporters on Thursday, following a meeting with Pakistani Prime Minister Nawaz Sharif.

The Rear Admiral also said that the two sides highlighted the need for strengthening ties in all spheres.

‘We discussed economic, political, security, defense, and regional topics as well as issues relating to the world of Islam, he said.

This is the first visit of Pakistan by Shamkhani in his capacity as the Secretary of the Supreme National Security Council.