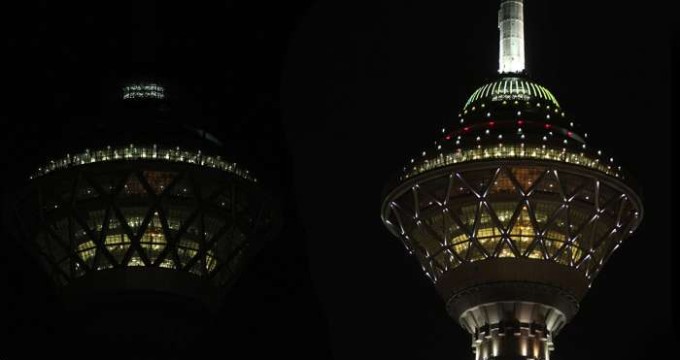 TEHRAN, Oct. 28 (MNA) – Milad Tower in Tehran has hosted Algerian Cultural Week ceremony by Algerian ambassador as the main host of the event.On Tuesday night, Algerian ambassador opened the ceremony which was being held in Tower’s Iranian National Memorial Hall just days ahead of anniversary of Algeria’s Independence Day; the event sought to deepen cultural ties between Iran and Algeria. This is not the first time that Algerian embassy holds the event in Tehran.

Algerian Ambassador Mr. Abdel-Monem Ahriz along with Ali Jannati, Iran’s Minister of Culture and Islamic Guidance sat together to watch minutes of the movie ‘The Battle of Algiers,’ directed by Gillo Pontecorvo.

Mr. Ahriz welcomed improvements in bilateral ties in culture in his speech; “such event helps us to build and raise trust, mutual understanding; improve economic ties, and other grounds for cooperation,” he told the meeting. Mr. Ali Jannati also addressed the ceremony in a brief speech; “I really appreciate the good taste and manners of Algerian officials in holding such events, and expect to see such events bring closer different countries together via a common event,” he added.

“Iran-Algeria relation has enjoyed cordiality and cooperation in cultural matters; similar positions taken by both countries in political issues deepen further these ties,” Jannati told the meeting. An exhibition of local dress and handicrafts was also opened by Algerian ambassador and Jannati. Tower’s public relations office said the event, once held in France before the Independence Day, would continue to October 31.