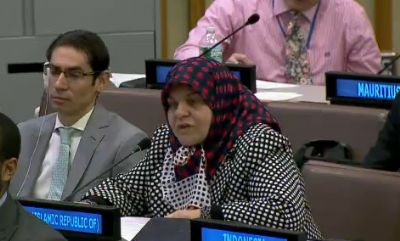 New York, Oct 29, IRNA – Representing the delegation of the Islamic Republic of Iran Forouzandeh Vadiati, calls appointment of the Special Representative of the UN Secretary General for Human Rights in Iran as entirely politically motivated.

Vadiati made the remarks in response to the UN Human Rights Rapporteur on Iran, Ahmed Shaheed, who has ignored the Islamic Republic efforts for tackling drug trafficking and criticizing the country for punishment to the perpetrators of the crimes.

‘So far, the war on drug trafficking has claimed the lives of thousands of Iranian police forces,’ she added.

‘The selective and political approach of the so-called advocates of human rights towards Iran is considered as the main reason behind expansion of extremism, violence and Takfiri thoughts in the region,’ Vadiati concluded.