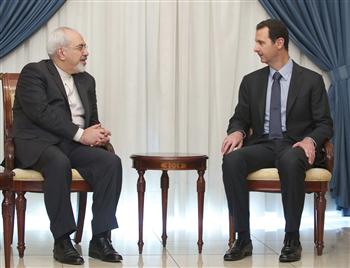 Inviting Iran to take part in talks over Syria’s future is a highly significant shift for the US and its western and Arab allies, and one that will gladden the heart of President Bashar al-Assad. It will be seen as another sign, following Russia’s military intervention, that things are going his way.

Assuming Tehran accepts the invitation, and it’s hard to see why it would not, it will have a formal role to play in helping decide the outcome of the bloodiest crisis of the Arab spring for the first time in more than four years. As Assad’s staunchest regional ally, it is also reasonable to assume it will be broadly sympathetic to his position.

It certainly has been so far. Unlike the countries that support the anti-Assad rebel groups, Iran has taken an unwaveringly strategic view of the crisis, consistently backing Damascus while pursuing its own interests. It has provided billions of dollars in cash and loans, as well as advice and expertise.

This article was written by Ian Black for The Guardian on Oct. 27, 2015. Ian Black is the Guardian’s Middle East editor