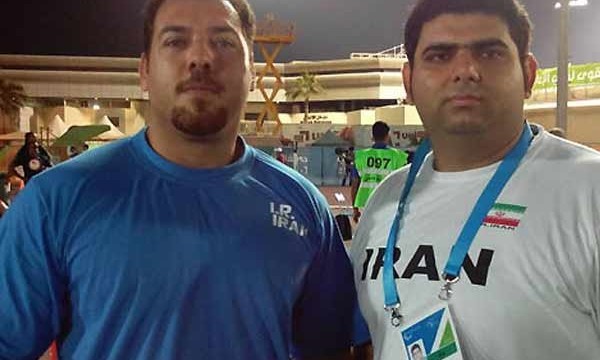 Siamak Farajzadeh out powered his rivals at Men’s Shot Put F34 Final to win the gold medal of the tournament as well as the quota of 2016 Paralympic games.

In the same class, Iran’s Mohsen Kaedi bagged the silver medal by the record of 11 meters and 12 centimeters.

Therefore, both Iranian pitchers have secured their place in Rio Paralympics.

The 2015 IPC Athletics World Championships in Doha, Qatar, is one of the last major competitions ahead of the Rio 2016 Paralympic Games.

Being held 21-31 October, the competition has featured around 1,300 athletes from almost 100 countries and is taking place in the 12,000 capacity Qatar Sports Club’s – Suhaim Bin Hamam stadium.