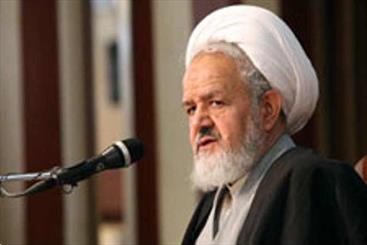 Leader’s representative at IRGC: US in serious pursuit of cultural penetration

TEHRAN (FNA)- Iranian Supreme Leader’s representative at the Islamic Revolution Guards Corps (IRGC) Ali Saeedi warned of the US plots and attempts to penetrate into Iran through cultural invasion.

“The US penetration could happen in a number of dimensions; first is through economy and impregnate Iran’s market with luxurious and consumption goods; second is through policy; and third is through cultural invasion which should be seen as the most crucial move of the enemy against Iran,” Saeedi said in Tehran on Sunday evening.

He referred to Supreme Leader of the Islamic Revolution Ayatollah Seyed Ali Khamenei’s warnings about cultural penetration, and said, “In his view, the US cultural penetration cannot be tolerated and the government and different walks of people should prevent it through cultural works.”

Saeedi warned that the US which has held talks with Iran within the framework of Tehran-powers nuclear negotiations and is after increasing interactions with the country is pursuing the 5 goals of starting negotiations on other issues than the nuclear case to meddle with Iran’s missile, military, etc. issues; resolving Europe’s economic problems through using the Iranian market potentials; cutting Iran’s relations with Syria, Lebanon, Yemen and Hezbollah; strengthening the compromise and reconciliation-seeking streams, victimizing the resistance front in Palestine and Hezbollah in Lebanon, and stirring difference and division between Iran and Iraq.

In relevant remarks some days after the agreement, Ayatollah Khamenei underlined the nuclear agreement between Tehran and the six world powers would not change Iran’s policy towards the US.

“In any case the policy of the Iranian nation and the Islamic Republic system vis-à-vis the US will not change,” Ayatollah Khamenei said, addressing worshippers in the Eid al-Fitr (marking the end of the holy month of Ramadan) prayers in Tehran.

Also, on August 17, Ayatollah Khamenei stressed that regardless of the nuclear agreement with the world powers, Tehran would not allow the US to find a way to influence Iranian economy, politics and culture.

Addressing participants in the 8th International General Assembly of Islamic Radios and Televisions Union in Tehran, Ayatollah Khamenei referred to the recent nuclear agreement between Iran and the world powers, and said, “Washington imagined that it could use this agreement whose fate is not clear yet – as its final approval is not yet a definite fact neither in Iran nor in the US – to find a way to influence in Iran; and this was their intention.”

But “we closed this path; and we will definitely keep it closed”, he underlined.

“We will not allow the US to influence (our) economy, or politics or culture. We will stand against such penetration with all our power – that, thanks God, is at a high level today,” Ayatollah Khamenei said.