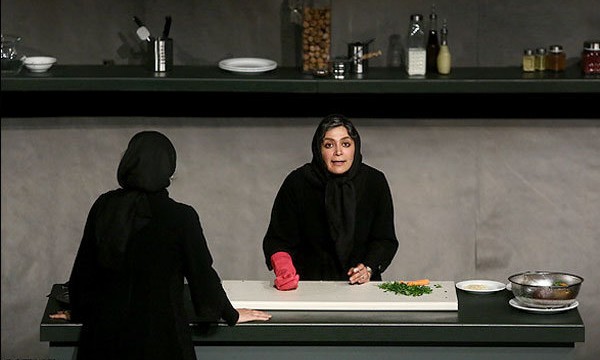 ‘Each Day a Little More’ to go on stage in Paris

The play will be performed in the city’s Théâtre de la Ville, its director Afsaneh Mahian said and added: “The theatre’s international premier will, fortunately, kick off with a public performance in France’s most credible hall. However the Festival d’Automne (Paris Autumn Festival) will be held during the same period, but the Iranian play will not hold a performance in the event.”

“Considering the theme of the play and its monologue-based structure, we would like to see the French audience’s reaction. It would indeed be a precious experience for us”, she added.

Théâtre de la Ville has sealed an agreement with Shiveh, the Iranian theater troupe led by director Mahian, according to which the play will go on stage for a week. The tickets have been sold out and the scenery, designed by Manuchehr Shoja, has been sent to France, Mahian explained.

The group will leave for France on October 31. It will be performed in Persian with French subtitles.

The play is about the pains, passions, dreams and also survival tactics of three Iranian women who do their chores in the kitchen.