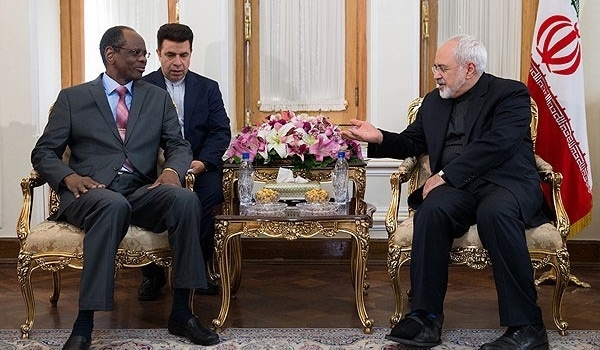 “Iran has valuable experiences in fighting terrorism and we seek Tehran’s cooperation in this field,” Diall said, voicing concern over the spread of terrorism to some parts of his country.

The Malian ambassador, meantime, pointed to the nuclear agreement reached between Iran and the six world powers (the US, Russia, China, France, Britain and Germany), and described it as a great achievement.

The Iranian foreign minister, for his part, extended his condolences to the Malian government and nation over the death of that country’s Hajj pilgrims in the Mina tragedy, and expressed the hope that all countries would try and cooperate to prevent recurrence of similar tragic incidents in the future.

Zarif said that the problem of terrorism is a shared problem of all countries, and stressed Iran’s readiness for anti-terrorism cooperation with Mali.

The Tuareg rebels took control of Northern Mali, which they call Azawad, in January 2012. The country has witnessed years of turmoil ever since.

Earlier this month, at least six people lost their lives in a “terrorist attack” carried out by unknown militants in the Timbuktu region of Northern Mali.

The militants raided a convoy of civilian vehicles guarded by police forces in an area some 100 kilometers from Gao, the biggest city in Northern Mali.