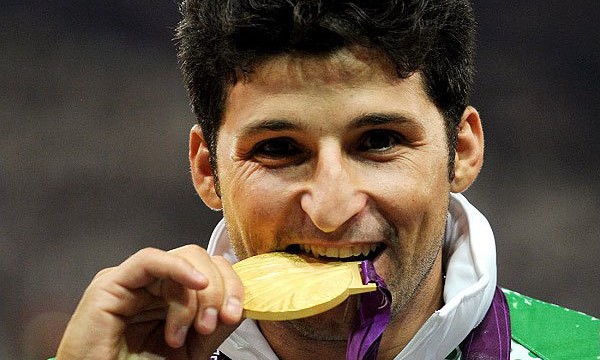 TEHRAN, Oct. 25 (MNA) – Iran’s Mohammad Khalvandi grabbed a gold medal in the javelin on the third day of Doha 2015 IPC (Disability) Athletics World Championships in Qatar to achieve the quota to Paralympics.Iran claimed its first gold of Doha 2015 courtesy of London 2012 gold medalist Mohammad Khalvandi (43.76m) who retained his men’s javelin F57 world title getting a ticket to 2016 Paralympic Games.

Iran’s Payman Nasiri had also been scheduled to take part in the qualifying round of the 1500-meter, which according to the organizing committee of the competition, the race will be held on Sunday afternoon October 25 in single-stage fashion.

The third day of the tournament wrapped up on Saturday while our country’s representatives have bagged one gold, three silver, and one bronze medal as well as a total of four direct quotas to Paralympics.

Today, as the fourth day of the competitions, Hoseeini Panah, Javanmardi and Sedghi will participate in the shot put competition while Payman Nasiri will take part in the 1500 meters.

The IPC Athletics World Championships was launched on October 22 and has attracted around 1,300 athletes from nearly 100 countries and will continue until 31 October.

The Islamic Republic of Iran is participating in the competitions with 19 athletes.