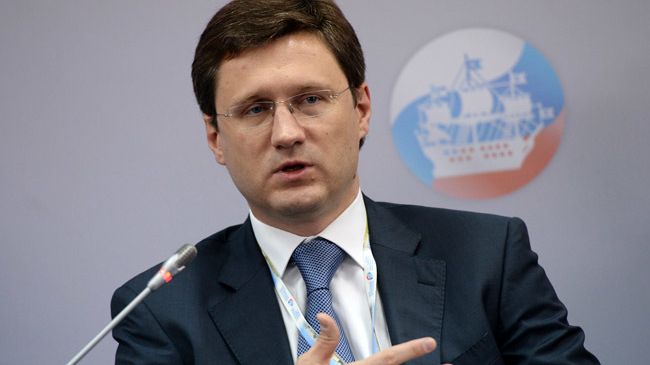 Novak made the remarks in Moscow following a two-day visit to Tehran with representatives of some 50 Russian companies in one of their biggest trade sojourns.

Speaking on state-run TV Rossiya-24, he said Iran and Russia were planning to implement joint projects worth between $35 billion and $40 billion.

Rosatom is set to build the new 1,000-megawatt power units in Bushehr under a deal signed with the Atomic Energy Organization of Iran in November 2014 in the biggest foreign project of the Russian state corporation.

The Russians brought Iran’s first nuclear power plant in the Persian Gulf coast into operation in 2011 in a project which cost the country $1 billion and took over three decades to complete.

“We could supply gas through to Iran’s north and receive gas from the south of Iran via swap deals in the form of liquefied natural gas or pipeline gas,” Novak said.

“Similar swaps could be done with oil. This is a reduction of transportation costs. Our colleagues have given a positive response to the idea,” he added.

Iran has already a gas swap arrangement with Turkmenistan, receiving supplies from its northeastern neighbor for use in the country’s northern provinces and delivering the same volumes to the Central Asian nation in the Persian Gulf.

Novak said other joint projects with Iran include electrifying of railways worth around 4.5 billion euros and construction and modernization of steam power plants worth about $6 billion.