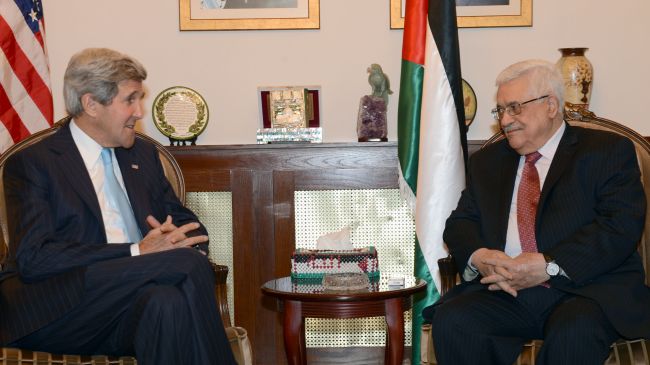 Amman (AFP) – US Secretary of State John Kerry met Palestinian president Mahmud Abbas on Saturday as part of an international diplomatic push to quell a wave of deadly Israeli-Palestinian violence.

The talks in Amman, at which Abbas sought assurances over Jerusalem’s Al-Aqsa mosque compound that has been the focal point of unrest, came as a Palestinian tried to stab an Israeli security guard in the West Bank and was killed, according to police.

The top US diplomat and Abbas both expressed guarded optimism as they began their talks, which came a day after more than 80 people were wounded in clashes between Palestinians and Israeli troops in the occupied West Bank and Gaza Strip.

Kerry told reporters he was “hopeful”, without elaborating, while Abbas said: “All the time we have the hope.”

The latest wave of violence erupted over the status of the Al-Aqsa mosque compound, which is sacred to both Jews and Muslims and has long been a crucible for tensions fuelling the decades-old Israeli-Palestinian conflict. 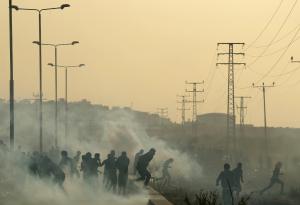 Netanyahu has repeatedly accused Abbas of fanning the flames by suggesting Israel wants to change the status quo at the site under which Jews are allowed to visit but not pray.

Chief Palestinian negotiator Saeb Erekat said Saturday that Netanyahu had “changed the status of the Al-Aqsa mosque — that’s why we and Jordan are asking the American side to re-establish the situation”.

“The king has guardianship over Al-Aqsa mosque and the holy places and will not allow this manipulation by Netanyahu,” he told reporters after the Abbas-Kerry meeting.

The international community is seeking a halt to a wave of violence that many fear heralds a third Palestinian intifada, or uprising. 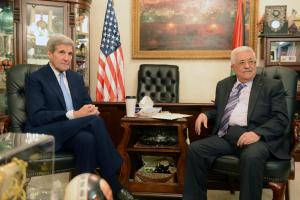 They also issued a call for Israel to work with Jordan, historic steward of the Al-Aqsa compound.

Tensions over the holy site have triggered a wave of lone-wolf knife attacks, shootings and car-rammings against Israelis, as well as clashes between Palestinians and Israeli security forces.

Since the start of this month, 51 Palestinians and one Israeli Arab have died in clashes or while carrying out attacks. 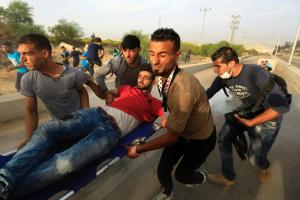 In the latest such incident, a Palestinian tried to stab a private security guard at an Israeli checkpoint in the West Bank on Saturday and was shot dead, police said.

“A terrorist, who arrived armed with a knife, tried to stab a security guard at the site. In response, the terrorist was shot by the security force at the scene and killed,” a police statement said.

Police said the alleged attacker arrived from the Palestinian side of the Al-Jalama checkpoint between the northern West Bank and Israel.

Earlier on Saturday, an Israeli told police he had fought off an attempted knife attack near the Old City in annexed east Jerusalem. The alleged assailant fled.

Violence flared in the West Bank and the Gaza Strip on Friday when Palestinian movements held a “day of rage” against Israel.

Youths lobbed stones at Israeli police who responded with tear gas and gunfire at checkpoints in the occupied West Bank, where 20 Palestinians sustained gunshot wounds.

According to emergency services, 65 people, including three journalists, were hit by Israeli fire in the blockaded Gaza Strip.

The army said an Israeli woman and her two young daughters were wounded in the West Bank when her car was hit with a Molotov cocktail.

The violence came despite Israel lifting age limits for the main weekly prayers at Al-Aqsa Friday in an apparent bid to ease tensions.