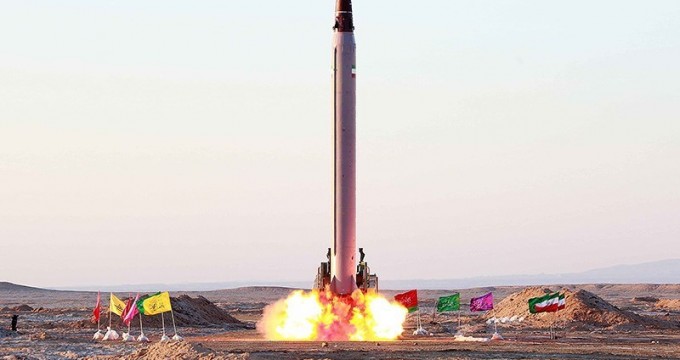 Russia’s U.N. envoy on Thursday said the United Nations Security Council will examine the technical details of a ballistic missile test by Iran, which the United States and its European allies have said violated U.N. sanctions.

The United States, Britain, France and Germany called on Wednesday for the council’s Iran sanctions committee to take action over the launch, which they said involved a ballistic missile “inherently capable of delivering a nuclear weapon.”

Reporters asked Russian Ambassador Vitaly Churkin if Moscow believed it was a violation that would necessitate punitive steps by the committee.

“We need to be very careful about those things, we will look into technical details and then, of course, we need to take into account the political circumstances,” Churkin said. “One has to be professional about it. It’s not a sensational kind of issue.”

Iran said earlier this month that it tested a new precision-guided ballistic missile. It denies the missile was nuclear-capable.

In an apparent reference to a Security Council resolution adopted in July that endorsed a nuclear deal between Iran and six world powers and called for future curbs on Iranian missile development, Churkin said it referred to missiles capable of delivering atomic warheads.

But the United States, Britain, France and Germany said Iran violated a 2010 resolution that banned all ballistic missile tests by Iran.

The resolution remains valid until the July 14 nuclear deal is fully implemented. The missile test was not a violation of the nuclear deal, U.S. officials have said.

China’s U.N. Ambassador Liu Jieyi was asked if Iran’s test was a violation and if there should be further sanctions. He said the council was “looking at that.”

Western diplomats say it is possible for the sanctions committee to blacklist additional individuals or entities if it determined that the test breached the U.N. ban. They said, however, that Russia and China, which opposed the sanctions on Iran’s missile program, might block any such moves.

Under the July deal, sanctions on Iran would be lifted in exchange for curbs on its nuclear program. Once in effect, Iran would still be “called upon” to refrain from work on ballistic missiles designed to deliver nuclear weapons for up to eight years.

The deal allows for supply of ballistic missile technology to Tehran with Security Council approval, but Washington has pledged to veto any such requests. The deal was unlikely to be fully implemented before next year, U.S. and European officials have said.