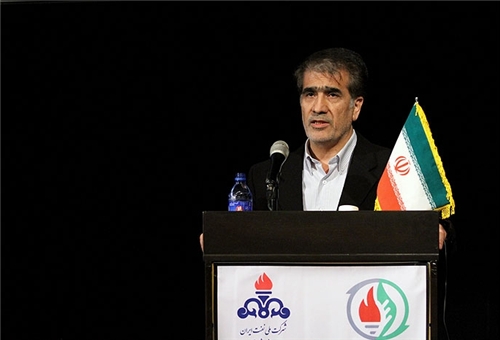 TEHRAN Oct. 21 (Shana) – Iran’s oil industry enjoys the advantages of favorable finished price and being located in the region’s most secured country which have made it the best existing choice for investment of the international companies, said on official in the National Iranian Oil Company (NIOC).
“The stability and tranquility in Iran are effective elements for attraction of foreign investment while most of the regional countries are not secured,” Mohammad-Ali Emadi, NIOC director of Enhanced Recovery Research Center, told Shana.
He said enhanced oil recovery (EOR) and improved oil recovery (IOR) technologies and related equipment are Iran’s most essential requirements. “Today, new exploration is no longer on the agenda, rather oil and gas industries are after increasing of recovery in the existing fields.”

Speaking on the sidelines of the Iranian Petroleum and Energy Club 2015 Congress and Exhibition (IPEC 2015) which opened here on Monday, Emadi said Iran will seriously push for EOR/IOR technology transfer in the new oil contracts it is going to unveil in November and December in Tehran and London respectively.
The three-day conference which started one day after formal end to anti-Iran sanctions discussed the theme Post-Sanctions Iran: An Open Door to Oil and Gas Investment Opportunities.

“It is an opportunity to use the post-sanctions atmosphere so that main actors in the field, namely, industry, universities and research centers, can introduce their activities and take part in international cooperation,” Emadi said in September.
Beside chief executives and policy makers in the field of energy and delegates from OPEC, GECF and IEA, representatives from IEF, Total, Eni, Ansaldo, World Petroleum Council, OMV, Mistsui, Siemens, Mitsubishi Hitachi Power System, Linde and Mitsui took part in IPEC 2015.