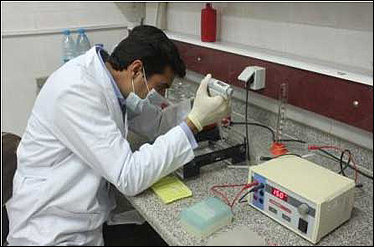 Maryam Mehdizadeh, the project manager, told Mehr News that in the study carbon nanotubes were coated with poly-epsilon-caprolactone (PCL), a type of biodegradable polymers, and grown vertically and organized on silicon layers through the process of plasma-enhanced chemical vapor deposition (PECVD).

She noted that the aim of the project was to produce neurons, adding “in diseases such as Alzheimer’s, neurons are destroyed so we were looking for ways to reproduce and replace these cells from the person’s own body.”

According to Mehdizadeh, the method, once developed, can be used to replace damaged neurons in patients suffering from neurological diseases and further in treating the Alzheimer’s disease.