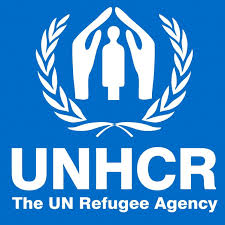 Half a million refugees arrived in Greece this year

ATHENS, Oct. 21 (MNA) – The United Nations High Commissioner for Refugees (UNHCR) said on Tuesday the number of refugee and migrant arrivals to Greece hits half a million this year and called for urgent humanitarian and relocation measures.

“In Greece, the number of sea arrivals this year has now passed the half-million mark with the arrival on the Aegean islands of nearly 8,000 people on Monday, bringing the total to some 502,500,” UNHCR spokeswoman Melissa Fleming said in a press conference in Geneva.

According to UNHCR, the total number of arrivals in 2015 so far in Europe via the Mediterranean is now over 643,000.

Monday, there were more than 27,500 people on the islands – either awaiting registration or onward transport to the mainland. Additional police had to be called in on Sunday and Monday to control the chaotic situation.

It is of utmost importance here, as in other parts of Europe, that reception conditions be adequate to the task. Without this essential element, the relocation program agreed by Europe in September is in serious peril and may fail.

UNHCR also called for strong support to countries hosting the vast majority of Syrian, Iraqi and Afghan refugees, an information campaign informing of the dangers of the sea journey, and the development of legal pathways to seek protection in Europe.