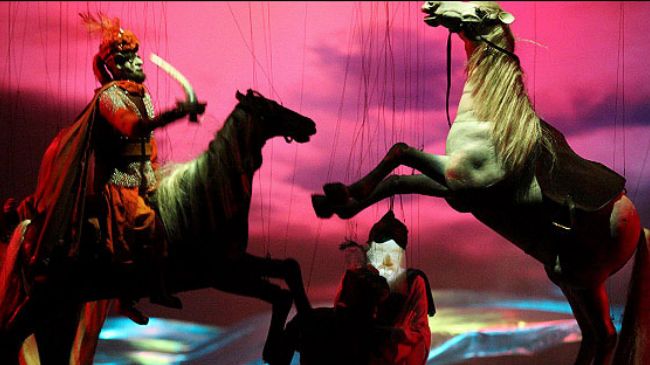 Alwaght- When Imam Hussein stood in Karbala and called: “Is there anyone to help me?” after all of his family members and companions who were able to fight were martyred, he received no answer. Yet his plea has echoed through time, reverberated through the sands of Karbala and reached the entire world.

Had they been born at that time and had they been present at that place, most Shiite Muslims would have fought alongside Imam Hussein, grandson of Prophet Mohammad.

After news of the Battle of Karbala spread across the Muslim world, many Muslims who either had not heard of Imam Hussein’s plight or failed to make the moral choice of standing on the side of justice, a revolution was sparked and led by al-Mukhtar al-Thaqafi against the oppressive Ummayad Dynasty to avenge the killing of Imam Hussein Bin Ali.

This uprising, however, was later hijacked by the Abbassids who used the revolt to ascend to the caliphate.

“At every station along Her journey, Zeinab (as) made it her mission to inform the Muslims of what had befell them in Karbala. This created awareness amongst the Muslim masses and created the spark that would later cause the downfall of the entire Unmayad Dynasty. Even Bani Al-Abbas, who over threw Bani Ummaya to install their own Tyrannical reigime, did so under the banner of “Rise for the vengance of Hussein,” says Shiite scholar Motaz al-Wahwah.

In the modern world, the Battle of Karbala was and remains the inspiration for the 1979 Islamic Revolution in Iran. Imam Ruhollah Khomeini drew lessons from Imam Hussein’s life and martyrdom to ignite an uprising against the oppressive regime of former Shah Mohammad Reza Pahlavi.

In his speeches, the leader referred to Ashura to fortify the resolve of the Iranian people.

On the eve of the Shah’s exile from Iran, Imam Khomeini said: “[Hussein] taught us that if a tyrant rules despotically over the Muslims in any age, we must rise up against him.”

He also regarded Pahlavi as “the Yazid of our time.”

To this day, the Islamic Republic incorporates the morals of Karbala in its foreign policy in two fields: first, in its stance against the occupying Israeli regime and solidarity with the Palestinian people; Second, in its anti-imperialism position against several western countries.

Al-Wahwah spoke about the impulse that guides the followers of Shiite Islam in the modern world.

“The lessons of sacrifice, love, reform and revolution extracted from the call of Imam Hussein (as) have been the driving force for almost every Shiite movement for 1400 years. In modern history, we saw the slogans of Hussein (as) become symbols of Iran’s 1979 Islamic Revolution led by Ayatollah Khomeini,” he asserted.

In the southern suburbs of Beirut, a small “piece of heaven” is home to tens of Hezbollah resistance fighters who were martyred in Syria. They are laid down in their eternal beds as roses and rice are sprinkled amid tears, ululations, and chants of “Labbayka Ya Hussein.” When the last of the soil is scattered over them and their graves are enclosed with marble tiles, their families visit them.  With tears welling up in their eyes, their faith is renewed.

Mohammad Abdallah, the cousin of martyred director Hasan Aballah who was killed while documenting the conflict in Syria as part of the media war, says he is willing to sacrifice himself on the path of Imam Hussein.

“I hope I can sacrifice myself. Being chosen by God to be one of them (martyrs) is my goal so that I can make my father proud,” he says.

Many contend that Hezbollah’s involvement in Syria is unjustified since the resistance movement began in south Lebanon to revolt against the Israeli occupation. Yet, the war in Syria stands for everything that Hezbollah believes in. Fighting against terrorist or Takfiri groups who are slaughtering, raping, torturing, looting, and much more in the name of Islam is an extension of Imam Hussein’s uprising, a way to uphold the principles of this holy religion.

“Imam Hussein went to battle those who pretended to Muslims but their actions spoke otherwise. Hezbollah is doing the same thing.  It is fighting for the same principle, to show people that Islam will never accept these actions and that they (terrorists) aren’t Muslims, “ Abdallah argued.

From its establishment in 1982, Hezbollah has been preserving the values which Imam Hussein strove to spread when they began operations against the Israeli occupation.

“We saw the very same slogans inspire and motivate Islamic Resistance in Lebanon during the 16 year Israeli occupation of the south. These slogans and the spirit of Ashura till this very day drives thousands of young men to the battle field to fight oppression of all colors, whether it be Zionist, imperial, colonial, or Takfiri,”  al-Wahwah explained.

His forehead shines under the blazing sun. Like pearls from a broken necklace droplets of sweat traverse down to his face. He is clad in a brown spotted uniform, his boots are dusty and his rifle rests on his shoulder. He looks at the glimmering dome reflecting the sunlight at the end of the market. He is protecting the shrine of Sayyida Zeinab from the atrocities of ISIS. This is an image of a Shiite fighter defending the revered shrine in Damascus.

“Warriors are born from loyalty, love of neighbor and country, and a desire to protect and safeguard. This is Hezbollah,” Abdallah says.

In Iraq, there are similar scenes. The Popular Mobilizations Forces, which include Shiite groups as well as Iraqis from different religions and sects, are trying to protect the country, its people, and the shrines of several Imams from terrorist brutality. Securing the city of Samarra south of Tikrit, which witnessed a massive bombing in 2006 that targeted the shrine of Imam Hasan al-Askari, has become part of the battle to preserve Islam and the household of Prophet Mohammad.

To this day thousands of Muslims are heeding Imam Hussein’s calls, through word and action. The lapse of time and the distance that separate them from Karbala could not dissuade them from answering to the plea that made Imam Hussein immortal.