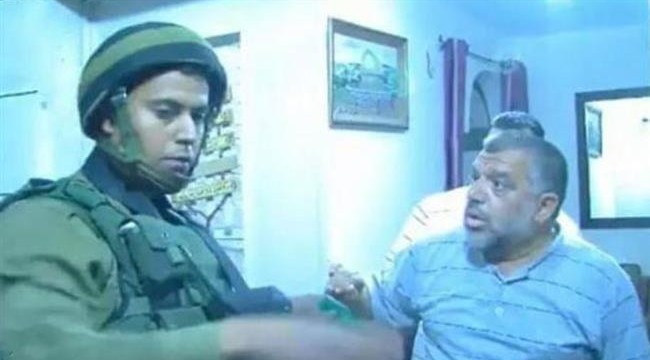 On Tuesday, Israeli soldiers raided the residence of Hassan Yousef in the Palestinian town of Beitunia, southwest of Ramallah and transferred him to a prison.

Israel had released Yousef, 60, in June a year of administrative detention.

Meanwhile, Israeli forces detained at least 35 Palestinians during overnight raids on a number of houses across the occupied West Bank on Monday.

Tel Aviv regime forces also demolished the home of Palestinian detainee Maher al-Hashlamoun in the city of al-Khalil (Hebron) in the West Bank.

Israeli forces are seen demolishing the house of Palestinian detainee Maher al-Hashlamoun in the city of al-Khalil (Hebron) in the West Bank, October 19, 2015.

Palestinians who were present at the site denounced the move by shouting slogans.

Meanwhile, Israeli forces shot dead a Palestinian for allegedly attempting to attack an Israeli soldier with a knife in the occupied West Bank. Odai Hashim Mosalemah was killed in the southern village of Beit Awa in al-Khalil on Tuesday.

An Israeli trooper was reportedly critically injured in the stabbing attack in al-Khalil.

There has been growing confrontation between Israelis and Palestinians over the past few weeks.

Since the current violence erupted on October 1, Israeli troops and armed settlers have killed some 48 Palestinians while nine Israelis have also been killed.

The tensions were triggered by the Tel Aviv regime’s imposition on August 26 of sweeping restrictions on entries into the compound of the al-Aqsa Mosque in East al-Quds and Israeli settlers’ repeated attacks on the mosque.

Meanwhile, United Nations Secretary General Ban ki-Moon is expected to arrive in the occupied Palestinian territories in an attempt to address the growing violence in Palestine.

During the visit, Ban will meet with Israeli Prime Minister Benjamin Netanyahu as well as Palestinian President Mahmoud Abbas.