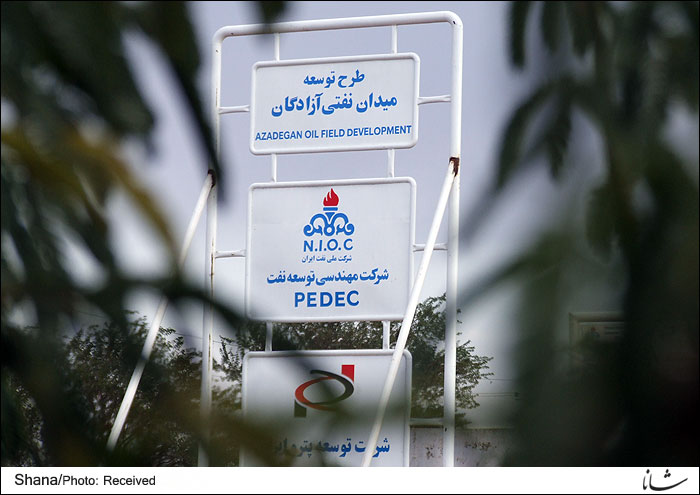 TEHRAN Oct. 18 (Shana) – The contractor for development of Iran’s rich South Azadegan oil field said all 16 rigs active on the field are owned by Iranian companies thus far and there are no contracts to import foreign-owned rigs to the project.

“After CNPCI was ousted, a progress rate of 11.7 percent in one year was recorded, which used to be only 9 percent under the foreign contractor’s two years of operation,” said Mahmoud Marashi, an official in the Petroleum Engineering and Development Company (PEDEC).

The Chinese contractor CNPCI was ousted from the 2.5 billion dollar project to develop the field after failing in timely rendering of its undertakings despite of the passage of four years.

The South Azadegan has faced ups and downs for the last 12 years, he added, and its development can be expedited if domestic contractors are financed properly.
Earlier, Marashi said Iran has no plan, for the moment, to delegate development of the oil field to foreign contractors. “Domestic firms are busy with the projects. We will do our best to achieve the three-year target of 320 thousand barrel a day.”

But Marashi said that technical negotiations are underway with six domestic and foreign firms for drilling 70 wells in the oil field in southwestern Iran.
“There are currently 16 drilling rigs operating on some 100 wells while the project development target includes 185 wells. We are in the talks for drilling the remaining wells,” he said.

In June, Petroleum Minister Bijan Zanganeh said drilling of 40 wells in the massive South Azadegan field is to be put to tender soon.
In the first phase of the development of the field, 320,000 b/d of crude will be recovered. For that purpose, 385 wells need to be drilled. The initial budget approved for the development of South Azadegan is 500 million dollars plus 500 trillion rials.