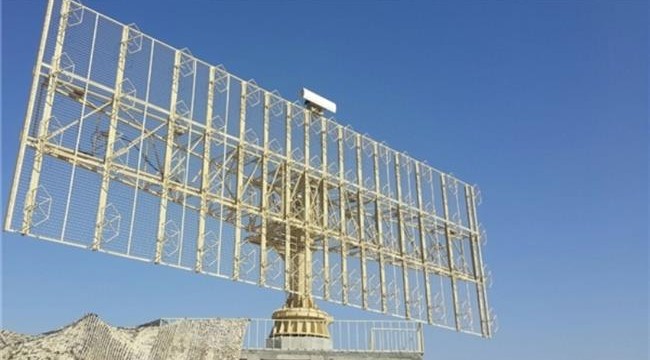 The domestically-built radar system, dubbed Fat’h 14 (Conquer 14), was unveiled in the west of the country on Monday during a large-scale military drill by the Iranian Army.

The radar system has a range of 600 kilometers and can detect small airborne targets at a high altitude.

High agility and swift connection to command and control network are among other features of the semiconductor radar.

Fat’h 14 is the first radar featuring such characteristics in the Middle East.

It is resistant to electronic warfare and is regarded as the best radar for missile systems.

The Iranian Army, backed by the Khatam al-Anbia Air Defense Base, on Monday officially started a massive two-day military drill, dubbed Moharram, in west and northwest of the country to boost its military preparedness.

Iranian Army’s ground and air forces as well as Air Defense units are taking part in the maneuver.

In recent years, Iran has made major breakthroughs in its defense sector and attained self-sufficiency in the production of important military equipment and systems.

The country has also conducted major military drills to enhance the defense capabilities of its armed forces and to test modern military tactics and state-of-the-art equipment.