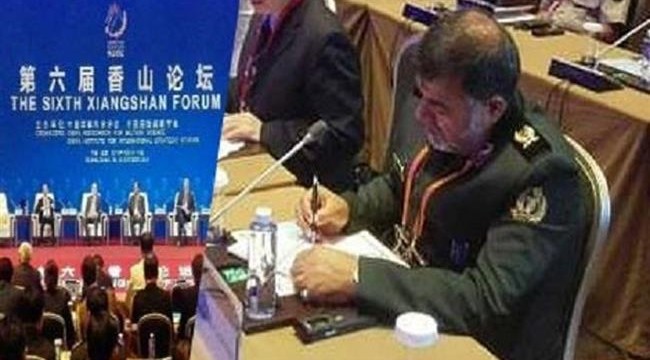 A deputy Iranian defense minister has urged the formation of a great Asian coalition to counter terrorism.

“Terrorism has turned into a global phenomenon today, and has targeted Asia above all [other regions],” said Deputy Defense Minister Brigadier General Nasrallah Kalantari in the Sixth Xiangshan Forum in the Chinese capital, Beijing.

A great coalition among countries from the east and west of the Asian continent is required to eliminate terrorism, said the senior official in the annual security conference.
“Unfortunately, terrorism has created a lot of challenges on the international stage, and its promoters are making every effort to spread extremism, violence, chaos and insecurity across the world, particularly in the Asian continent,” Brig. Gen. Kalantari said.

He then touched upon the assistance offered to militants by sponsors of terrorism, saying, “The US and its allies in the region and [other parts of] the world, which themselves, both overtly and covertly, set the stage to breed terrorism, have no right to claim to be fighting it.”

The deputy defense chief further said Washington and its allies do not really seek to root out terrorism, saying the so-called anti-terror war they have waged in Syria and Iraq was a clear indication that whatever they do in the two Arab countries is just a “charade.”

Since late September 2014, the US, along with some of its allies, has purportedly been conducting airstrikes against Daesh extremists inside Syria without any authorization from Damascus or a UN mandate.

The airstrikes in Syria are an extension of the US-led aerial campaign against alleged Daesh positions in Iraq, which started in August last year. Many have criticized the ineffectiveness of the raids.

Brig. Gen. Kalantari reiterated that Iran’s policy on regional crises, especially the Syrian conflict, is that those tensions could only be settled through political solutions and the enhancement of diplomatic cooperation.