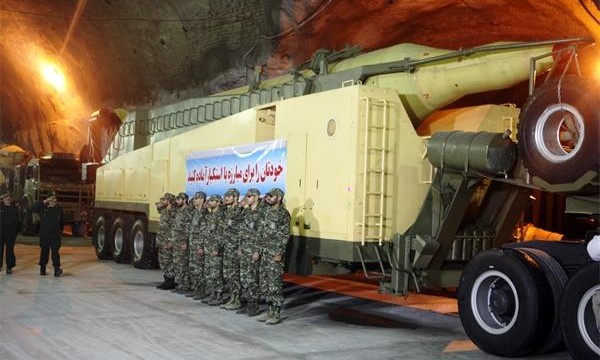 Weekly Report: From unveiling Iran’s underground missile base to MSC in Tehran

Tehran, Oct. 18, The Iran Project – Unveiling Iran’s underground missile base, the verification of JCPOA implementation by the Guardian Council and the Core group meeting of Munich Security Conference in Tehran dominated the country’s media outlets in the past week(12 Oct.-18 Oct.).

Iran’s Guardian Council has passed a bill that allows the administration to implement the Joint Comprehensive Plan of Action (JCPOA), agreed upon by the Islamic Republic and the P5+1 group of countries on July 14.
Iran has provided all needed data to resolve issues: IAEA
The International Atomic Energy Agency (IAEA) says the Islamic Republic has supplied all information needed for the completion of the clarification of past and present outstanding issues regarding Iran’s nuclear program.
Boroujerdi, Nasrallah confer on latest regional developments

JCPOA will go into effect in three days: Kerry

The nuclear agreement that was reached in July will go into effect in three days, US Secretary of State John Kerry said during his visit to Indiana University.

Ministry of Petroleum’s Chairman of Oil Contracts Revision Committee Mehdi Hosseini said that by every five percent increase in enhanced oil recovery coefficient, a sum of 2,500 billion dollars of income can be earned in the industry.

An Iranian official recounted the weight and value of Iran’s saffron export over the first half of Iranian calendar year.

Iran opening is bittersweet for Scotland

Scottish National Party (SNP)’s Alex Salmond says he will be leading a delegation of business leaders to Tehran shortly in search of trade opportunities.

China wants to deepen military ties with Iran, a senior Chinese admiral said on October 15 after meeting with Iran’s defense minister in Tehran.

Iran’s Revolutionary Guard opened the doors of a secret underground missile base to state TV, showing off medium- and long-range missiles.

IRGC to use new generation of long-range missiles: Cmdr.

A senior commander of the Islamic Revolution Guards Corps (IRGC) has announced plans for an overhaul in the elite force’s missile program, saying a new generation of long-range missiles are to replace the current stockpile.

Iranian Army will hold the Muharram maneuver in the western and northwestern parts of the country on Monday and Tuesday, a ranking commander said.
Society
Internet for all villages
All villages with over 30 households will have access to Internet by the end of the current Iranian year (ending March 19, 2016), the minister of communications and information technology said.

‘Science News’ magazine has featured the Iranian scientist’s name Yasser Roudi in the top 10 list of up-and-coming stars of science in its October issue.

‘Shahrzad’ series premiered in Cologne
A red carpet ceremony for the Iranian series ‘Shahrzad’ was held on October 10, in Cologne, Germany. Directed by renowned filmmaker Hassan Fathi, the series has been made for the home video network and will be released simultaneously in Iran and Germany on October 12, the serial website Shahrzadseries.com reported.

The first international nanotechnology Olympiad will be held for the first time in Iran, Nanotechnology Education Foundation, active in the field of teaching nanotechnology to Iranian university students, announced.

Iran probes jumbo jet engine break-off
Iranian experts are investigating to find out why a section of a Boeing 747’s engine broke off during flight on Thursday with more than 400 passengers on board.

Iranian generals killed in fight on terror in Syria

Two veteran Iranian generals have been killed while fighting against terrorist groups in Syria, reports say.

Two villages have been liberated so far during the offensive against terrorist groups controlling territory in Syria’s Homs province, according to military sources.

Iran, Armenia parliamentary cooperation to broaden bilateral ties
First Vice President Eshaq Jahangiri said on Thursday that Iranian and Armenian parliaments can play a very effective role in broadening of economic and commercial ties between the two countries.
War in Yemen, crisis in Saudi Arabia: Impact of Yemen war on economic crisis in Riyadh
Alwaght- Recently, a confidential document belonging to the Royal Court of Saudi Arabia has been leaked to the press which suggests that the economic crisis in Saudi Arabia has been more serious than it was believed to be. In this highly confidential and urgent document which was in a letter from ‘King Salman’ to the Finance Ministry of Saudi Arabia Ibrahim bin Abdul Aziz, the king has urged Ibrahim to implement the austerity policies in the country and reduce the financial costs.
Top al-Qaeda commander killed in northern Syria
A senior al-Qaeda commander has been killed along with two other terrorists in an airstrike in Syria, says a UK-based monitoring group.

Enemy not safe as long as resistance exists: Hezbollah chief