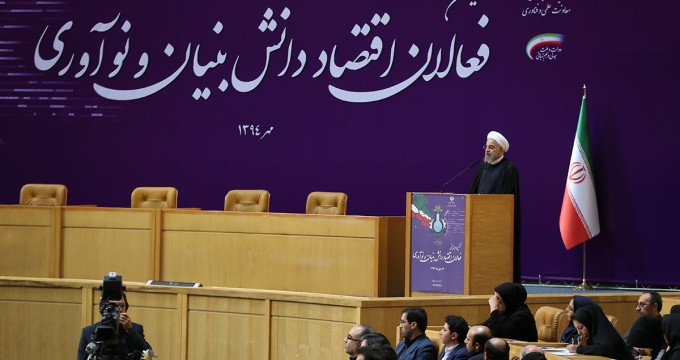 The president said Iran’s success in nuclear talks was due to its use of the best and most knowledgeable negotiators who were experts in political, legal, technical and economic areas.

He said the “revolutionary manner” does not necessarily mean a language of protest, bold rhetoric and chanting mottos.

Noting that using the language of knowledge and science would be efficient even in promoting religion, the presidnet stressed no nation has ever manage to attain progress, prosperity and power in absence of science and technology.

He said if Iran was successful in historic negotiations with the six world powers, it was due to its use of the knowledge of experts.

President Rouhani said Iran would have definitely failed in its endeavors during negotiations had it not used the best of its scientists and scholars.