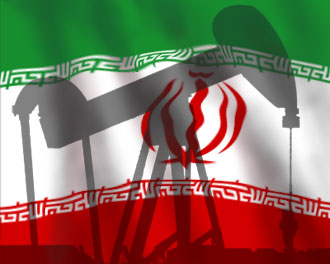 World powers and Iran set the clock ticking Sunday on a landmark accord placing limits on the Islamic Republic’s nuclear work in return for access to oil and financial markets.
The formal adoption of the deal means that all sides will have to begin delivering on the pledges they made three months ago. For Iran, that requires mothballing thousands of centrifuges, eliminating 95 percent of its enriched-uranium stockpile and retrofitting a reactor. The U.S. and Europe will make preparations to lift sanctions, which will occur on “implementation day,” once the Iranian measures are in place.
“This is a landmark day for an historic deal,” U.K. Foreign Secretary Philip Hammond said Sunday in a statement. “This will ensure that a nuclear weapon remains beyond Iran’s reach, thus creating a safer region while opening opportunities for Iran to re-engage with the international community.”
One of the first steps will be a statement of intention by China, Iran and the U.S. to work together modernizing Iran’s heavy-water reactor at Arak so it can’t produce plutonium that could be used in a nuclear weapon, according to U.S. officials who briefed reporters on condition of anonymity to discuss details of the deal’s implementation.
Obama’s Memo
President Barack Obama will issue a presidential memorandum Sunday directing his administration to prepare for meeting U.S. commitments under the agreement, the officials said, and Secretary of State John Kerry will start work on waivers of sanctions that were imposed by law and are related to the nuclear program.
On Monday, all of the parties involved in the accord will meet in Vienna to set up sub-groups required under the agreement to discuss technical issues, sanctions relief and how to manage Iran’s commitments on restricting its nuclear program, the officials said.
More than two years of negotiations culminated in an agreement of more than 100 pages that was signed on July 14 in Vienna. The accord survived fierce opposition in the U.S. Congress, where a Republican bid to scuttle the deal failed, and among hard-line members of Iran’s parliament.
Twelve years after Iran was found concealing some nuclear activities, prompting concern it had weapons ambitions, the deal has been described as a victory of diplomacy over the potential use of force.
‘Meticulous Mechanisms’
“You cannot produce trust in the market,” German Foreign Minister Frank-Walter Steinmeier told a crowd of diplomats on Saturday in Tehran. “The glaring lack of confidence on both sides forced us to elaborate meticulous mechanisms.”
“We consider the agreement as an opening for further diplomatic endeavors,” said Steinmeier, who urged Iran to take on a constructive role in solving the conflict in Syria.
The agreement hasn’t diffused tensions between Iran and the West. From missile tests to support for Syria’s regime and military coordination with Russia, Iran is exerting its power in the volatile region. U.S. allies such as Israel and Saudi Arabia have said the nuclear accord will strengthen Iran even more.
Sanctions against Iran probably will be lifted within the first three months of 2016, after the International Atomic Energy Agency has confirmed the nation has curtailed its nuclear work, diplomats said last month. Once the restrictions are removed, relief is expected to fuel economic growth by lowering barriers to Iran’s oil exports and ending the isolation of its banks.
Iranian Oil
Iran has said it will offer about 50 energy projects to investors and plans to boost output by about 2 million barrels a day once the deal is in place. The Persian Gulf nation, with the world’s fourth-largest oil reserves, pumped 2.8 million barrels a day last month, according to data compiled by Bloomberg.
One nation, Japan, plans to triple its imports of Iranian crude once sanctions are lifted, the Iranian Oil Ministry’s Shana news agency said on Saturday, citing Seyed Mohsen Ghamsari, director of international affairs at National Iranian Oil Co. Japan will increase purchases to 350,000 barrels a day from 110,000 barrels, the agency said.
The U.S. waivers will result in the lifting of sanctions that now restrict or penalize non-U.S. companies for engaging in various economic activities, including buying Iranian oil and dealing with many Iranian banks, the U.S. officials said.
Narrow Categories
But for U.S. companies, sanctions will be eased only for certain narrow categories, the officials said. They said these include the export of civilian passenger aircraft, the import of spare aircraft parts and handicrafts from Iran, and some activities that subsidiaries of U.S. companies can conduct overseas.
In addition, Obama told reporters on Friday that sanctions “related to ballistic missiles, human-rights violations, terrorism — those, we will continue to enforce.”
In another sign of progress, IAEA monitors last week ended their 12-year investigation into the possible military dimensions of Iran’s nuclear past. Inspectors now have until Dec. 15 to draft and present a final assessment of their inquiry.
Iran’s nuclear work has been the focus of international scrutiny since February 2003, when Iranian officials told inspectors visiting Tehran of their plans to begin enriching uranium on an industrial scale. Subsequent discoveries that Iran had secretly procured nuclear materials and technologies led to years of mistrust. In May 2008 and again in November 2011, the IAEA publicly disclosed its suspicions about Iran’s activities.
Iran has consistently denied ever seeking a nuclear weapon.
Timeline to lifting sanctions:
Sunday — “Adoption Day” for July accord signed with world powers. Parties to the agreement begin meeting their commitments.
Nov. 30 — Iran prepares to end testing of advanced centrifuge cascades and store machines under IAEA seal.
Dec. 15 — IAEA to present its assessment of Iran’s past nuclear activities, which board will use “with a view to closing the issue.”
Late 2015-early 2016 — Oil sanctions to be lifted on “Implementation Day.” U.S. officials have suggested it will take at least two months from “Adoption Day” to reach this point.

This article was written by Nicole Gaouette and Jonathan Tirone Crowley for Bloomberg on Oct. 18, 2015.