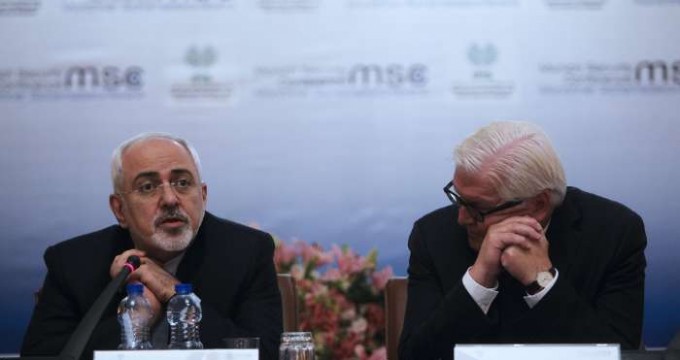 Germany sees no way out of Syria crisis without Iran

Iran needs to continue playing its constructive role because achieving a political solution to the crisis in Syria will not be possible without Iran, the top German diplomat said at a core group meeting of the Munich Security Conference (MSC), held in Tehran on Saturday.
He also noted that a cease-fire in Syria will be impossible if President Bashar al-Assad is excluded from a political process.
Elsewhere in the gathering, Iranian Foreign Minister Mohammad Javad Zarif also stressed the need for political approaches towards all regional conflicts, including those in Syria, Yemen and Iraq.
He reiterated Iran’s call for the political settlement of conflicts in Syria, adding that illogical preconditions have drawn out the war in the Arab country.
Zarif then made a reference to a lasting nuclear deal between Iran and the Group 5+1 (Russia, China, the US, Britain, France and Germany), saying the negotiated accord can be used a model for resolving regional issues.
“We should now be mindful that one cannot enjoy security without security for others,” he noted.
High-ranking diplomats have gathered in Tehran to attend the core group meeting of the MSC, which focuses on the implementation of the July 14 nuclear deal between Iran and world powers, Iran’s regional role, and the security architecture in the Middle East.
Since its foundation five decades ago, the MSC has become a leading international platform for dialogue on foreign and security policy.