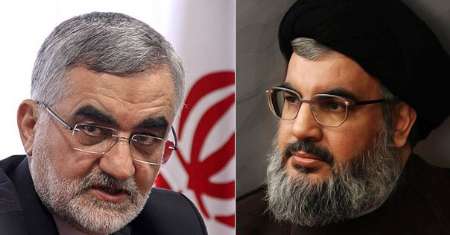 Accompanied by an Iranian delegation, the meeting took place in the presence of Iranian Ambassador to Lebanon Mohammad Fat’hali.

The conferees discussed the latest regional developments, particularly in Lebanon and Syria.

Boroujerdi arrived in Beirut on Thursday evening after his visit to Syria.

The Iranian official met with Syrian President Bashar al-Assad and Syrian Foreign Minister Walid al-Muallem during his visit to Damascus.

Al-Assad appreciated efforts made by friendly countries, particularly Iran and Russia, in strengthening Syrian resistance and cooperation in the fight against terrorism.