Russian researchers are working on reconstructing the profile of a potential recruiter to the Islamic State through social networks.

The profile will then be incorporated into a computer program that will trawl social networks, such as Facebook, Twitter and VKontakte, for real ISIL recruiters.

The researchers have already turned for help to religious scholars and experts in Arab studies, Yevgeny Venediktov, head of the Center for Research in Legitimacy and Political Protest told “Izvestia” newspapaper. They, together with IT-specialists, will help to research suspicious pages in social networks and identify their IP-addresses.

All the intelligence will be fed into the “Laplace’s Demon” computer program, which has been already monitoring social networks for extremist groups since this spring to prevent calls for mass unrest. 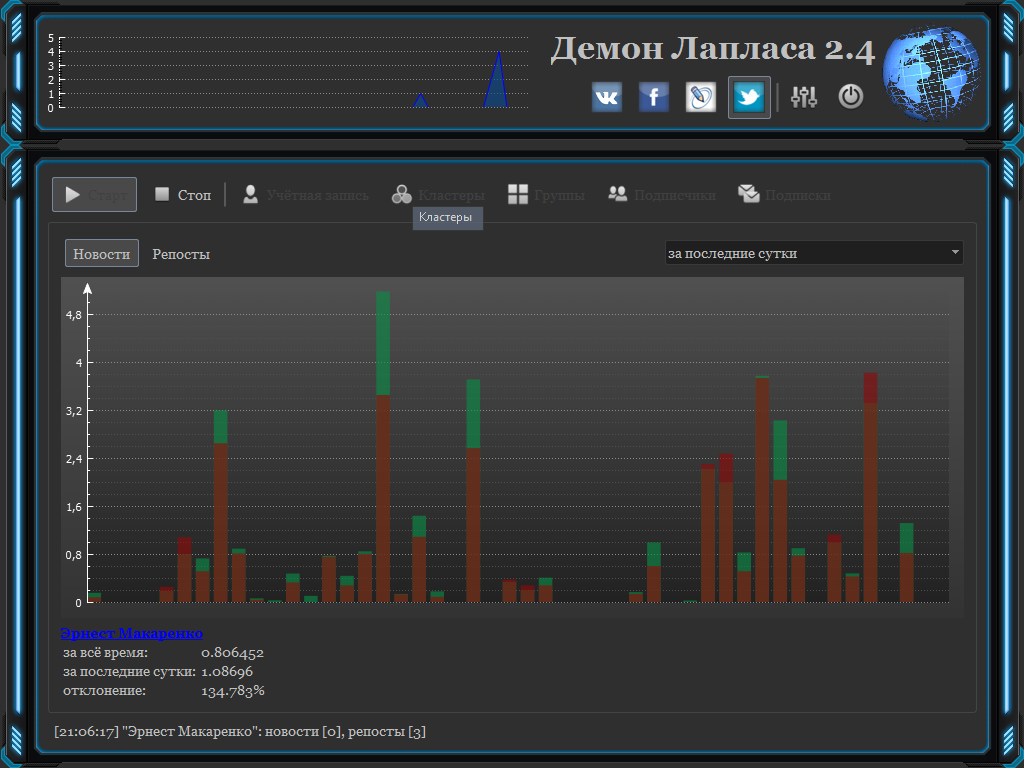 The name of the software was taken from a mathematical thought experiment proposed by French scholar Pierre-Simon Laplace in the 19th century, featuring a “demon” who knows the location and momentum of every atom in the universe.

From 2016, the program will begin hunting for social network accounts belonging to potential ISIL recruiters. The specialists of the Center will then send the account owners a message in Arabic and then linguistically examine the answer.

The user will then be advised to follow a link, which, in turn, will provide the IT-specialists with his IP-address, operating system and browser details.

“With this data, specially trained staff, such as hackers, for example, can get full access to their computers,” the newspaper quotes Venediktov as saying.

The researchers will be looking for certain tell-tale signs of recruiters, such as misinterpreted quotations of the Koran, which can be identified by religious scholars, as well as a general linguistic analysis undertaken by experts in Arab studies.

However, other experts suggest that the researchers should focus not on reconstructing a portrait of a recruiter but rather of a potential victim, which can then be used to help to prevent victims being signed up to the terrorist group.

“We should understand why a person is open to recruitment,” the newspaper quotes Alexei Filatov, Vice President of the International Association of Veterans of the Antiterrorism Alfa Group as saying,

He added that the researches should turn to psychologists and law enforcers for help to prevent ISIL recruiting, as the enlisters constantly monitor potential victims and could easily change their ways of recruitment.