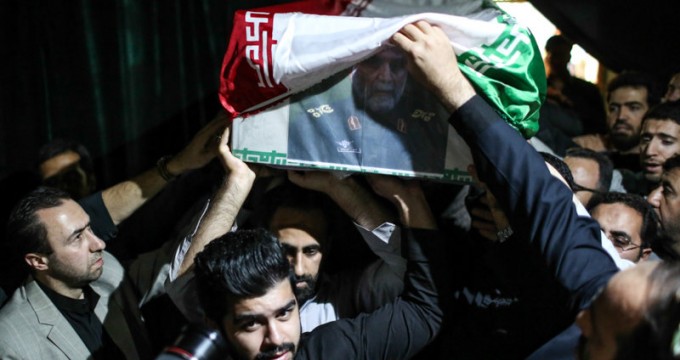 UN Secretary General Ban Ki-moon repeated his satisfaction over the nuclear agreement between Iran and world powers and reiterated the world body’s cooperation in full implementation of the deal.

United Nations chief Ban Ki-moon urged Iran on Monday to pressure its ally Syria to reach a peaceful resolution of the brutal civil war there.

The winner of this year’s Nobel peace prize is to be named on Friday morning, putting an end to a period of speculation and volatile betting. Past experience, however, suggests that bookies’ odds are an unreliable guide: the Oslo-based prize committee has shown itself to be leak-proof, inscrutable and quite capable of springing surprises, such as the award to Barack Obama only a few months into his tenure, and to the European Union in 2012.

Supreme Leader of the Islamic Revolution Ayatollah Seyyed Ali Khamenei said the enemies are trying to influence young people to undermine their political and religious beliefs.

European Parliament President Martin Schulz would step in Iran on October 12. He is officially invited by Iranian Parliament Speaker Ali Larijani and would be accompanied by a number of the parliament members.

Iranian parliament ratified the general outline of a single-urgency bill on the Joint Comprehensive Plan of Action (JCPOA) here on Sunday.

The Japanese and German economic teams in Tehran have said that they can help Iran revamp its automotive industry and develop its agriculture and food industries.

Economy and Treasure Minister Ali Tayyebnia in an address in Joint Annual Meeting of World Bank and International Monetary Fund said that a new Chapter has opened in Iran’s economic relations with the world.

Iran on Saturday announced dates for a three-day oil and gas conference in London in February designed to attract foreign investors awaiting new contract terms to be unveiled next month.Oil majors have expressed interest in returning to Iran as soon as international sanctions linked to its nuclear programme are lifted, but they are currently still barred from signing any deals.

Head of the Central Bank of Iran left Tehran for the Peruvian capital Lima to attend the annual meetings of the World Bank Group and the International Monetary Fund, the CBI reported late Wednesday.

TEHRAN (FNA)- Commander of the Islamic Revolution Guards Corps Aerospace Force Brigadier General Amir Ali Hajizadeh said all US military bases in the Middle East are within the range of the IRGC’s missiles, but the country still sees no restriction for boosting its missile capabilities.

TEHRAN (FNA)- Deputy Chief of Staff of the Iranian Armed Forces Brigadier General Massoud Jazzayeri underscored that the country will not implement any part of the nuclear agreement between Tehran and the world powers that could debilitate its defensive power.

TEHRAN (Tasnim) – IRGC Navy Commander Rear Admiral Ali Fadavi said Iran knows about the US vulnerabilities more than any other country does, stressing that any hostile moves against the Islamic Republic will be followed by Iran’s rapid and firm response.

United Nations Resident Coordinator in Iran Gary Lewis hailed Iran’s efforts for building safe and healthy schools. During the past decade, Iran has repaired and constructed earthquake-resisting buildings, he added.

Two Iranian literary artworks, Kulliyyāt-i Saʽdi and Al-Masaalik Wa Al-Mamaalik, were registered on UNESCO’s Memory of the World program. The 12th meeting of the International Advisory Committee (IAC) of the Memory of the World program held in Abu Dhabi October 4-6, and two new Iranian artworks were registered on the list for documentary heritage.

Saudi clerics call for jihad against Russia in Syria – to back ISIS?

Dozens of Saudi Arabian clerics not officially affiliated with Riyadh have urged Muslims to support the fight of “holy warriors” against Syria’s government and its Iranian and Russian allies. The clerics are outraged by Russia’s bombing of Islamic State.

Yemeni army soldiers backed by allied popular committees loyal to Ansarullah fighters have launched a missile attack against a Saudi warship and managed to destroy it.

Failure to resolve the Syrian crisis could lead to “total war” in the Middle East that would seriously affect Europe, French President Francois Hollande said, calling on EU countries to unite in their efforts to resolve the conflict in the war-torn country.

DUBAI, United Arab Emirates (AP) — One survivor of last month’s crush and stampede at the hajj in Saudi Arabia recalled seeing so many bodies that he couldn’t tell how many there were.

At least 86 people have lost their lives in two large explosions that rocked a road junction in the center of Turkey’s capital, Ankara, officials say.

Iranian military commander Brigadier General Hossein Hamedani has been killed in Syria, where he was giving military advice to the Syrian army in its fight against Takfiri militants in the Arab country.