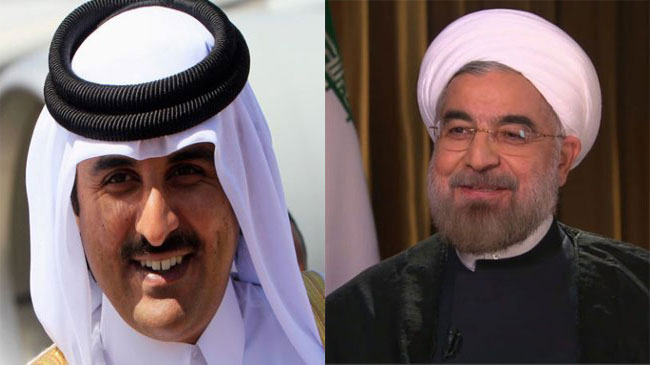 What Qatar seeks in Arab-Iranian talks

Alwaght- Emir of Qatar speaking at the seventieth General Assembly of the United Nations stated that Iran is a major regional player, he also expressed Qatar’s readiness for shaping the talks. He said: “Now it’s time to hold purposeful talks among the countries that will remain neighbors forever. We do not need anyone to mediate among us, we are prepared in Qatar to hold such talks.”

Earlier, Iranian Deputy Foreign Minister for Arab and African Affairs, Hossein Amir Abdollahian had said that an assembly for regional talks would begin in September based on the initiative of Qatar and Oman; however, it did not happen for some reasons.

Analysts give various reasons for this change of attitude and willingness of Qatar and believe that a major part of this change is rooted in nature of Doha’s role in the West Asia. For nearly a decade, Qatar has taken advantage of its considerable gas revenues and has also implemented a variety of policies in sports, economics, and tourism, and has managed to get rid of its geopolitical constraints such as population, land, military power and as a result has turned to an active player in the region.

In fact, one of the achievements of Qatar was attributed to making balance in the relations between Iran and Saudi Arabia. Over the last five years, Qatar’s foreign policy shows that Qatar has somehow been trying to maintain a balance in its relations with the powers of the Persian Gulf. Even at some points, these ambitions have led to confrontation and tensions with Saudi Arabia. However, in some cases Qatar has collaborated with Saudi Arabia in the Syrian crisis.

In addition to the balance in relations between Tehran and Riyadh, the Qataris have come to the conclusion that although the tension in relations between Iran and Saudi Arabia can provide some opportunities for Qatar, it does have a negative impact on development processes and plans that the Qatari authorities have designed for progress in this country. Serious conflicts would particularly increase the vulnerability of actors like Qatar.

Another goal that would be achieved through Arab-Iranian talks that the Qataris also strive for, was the higher international prestige and improved image of Qatar that has to do with the bargaining power of Qatar and its mediating role among regional powers. A review of Qatar’s foreign policy over the past decade shows that Qatar’s collaboration with the international coalition against Libya, Qatar’s mediation between Fatah and Hamas and the purchases Qatar has made in Europe are all aimed to improve the prestige of the Qatari leaders among other countries.

Despite the willingness and initiative of Qatar, there are some differences in the relations between Iran and Saudi Arabia, and the gap in the position of the Persian Gulf Cooperation Council is an obstacle to the success of negotiations and the objectives of Doha. It is quite difficult to make the position of Saudi Arabia, Bahrain and the United Arab Emirates the same as the position of Oman, Qatar and Kuwait. If the initiative is taken by Qatar, it would particularly raise the sensitivity of Saudi Arabia. The upcoming meeting of the Persian Gulf Cooperation Council will be hold in December in Riyadh, and it is likely to uncover more details of Qatar’s initiative.