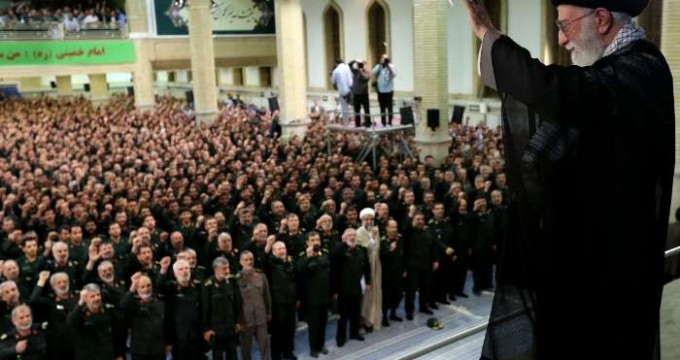 Talks with US forbidden: Leader

Leader of the Islamic Revolution Ayatollah Seyyed Ali Khamenei says holding negotiations with the US is banned as it has countless disadvantages and no benefits.

The Leader made the remarks in a meeting with commanders and staff members of the Islamic Revolution Guards Corps (IRGC)’s Navy as well as their families in Tehran on Wednesday.

“The problem currently facing the country is due to certain individuals who are quite thoughtless or quite credulous and don’t understand these realities,” said Ayatollah Khamenei in an apparent reference to those who favor talks with Washington.

Holding talks with Washington would be tantamount to “infiltration” and paving the way for imposing its will, the Leader noted.

Ayatollah Khamenei further said the enemies had planned to make the Persian Gulf region insecure for Iran, but the naval forces of the IRGC made the plot backfire and the waters “became insecure for the enemies themselves.”