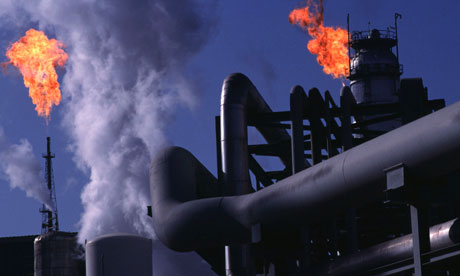 India on October 12 will pay another $700 million to Iran to clear part of past oil dues, the second payment since the Persian Gulf nation reached a historic nuclear deal with western powers.

Essar Oil, Mangalore Refinery and Petrochemicals Ltd (MRPL), Indian Oil Corp (IOC) and Hindustan Petroleum Corp (HPCL) had on September 30 paid the first tranche of $700 million to clear a chunk of the $6.5 billion they owe to Iran for past oil purchases.

A second tranche is scheduled to be paid on October 12, officials at the refiners said.

Iran had in July reached an accord with the US and five other world powers to restrict its nuclear programme in exchange of easing of sanctions, which had crippled its oil economy.

The sanctions are expected to end in 2016 if Tehran complies with terms of the deal agreed on July 14.

As part of the deal, the US Treasury’s Office of Foreign Assets Control (OFAC) had approved the banking mechanism for payment of $1.4 billion by Indian refiners in two equal installments to Tehran.

The remaining $4 billion will be cleared in tranches after payment channels are okayed.

The dues to Iran on crude oil that refiners buy have accumulated as western sanctions blocked payment routes since 2013.

About 45% of the oil import bill is paid in rupees in the UCO Bank branch and the rest has added up.

Since February 2013, refiners like MRPL and Essar Oil have been paying 45% of dues on purchase of crude oil from Iran in rupees through UCO Bank, Kolkata.

The remaining has been accumulating, pending finalisation of a payment route and mechanism. They had last year paid nearly $3 billion in six instalments through a limited payment channel following start of nuclear talks between the West and Iran.

Besides, about Rs 17,000 crore was lying in Iranian account with UCO Bank.