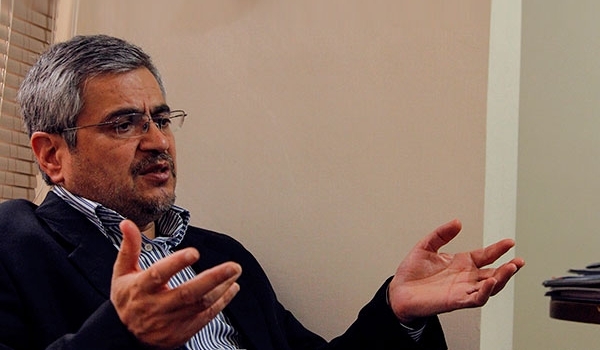 TEHRAN (Tasnim) – Iran’s Ambassador to the United Nations Gholamali Khoshroo decried as baseless the anti-Iran comments by representatives of Bahrain, the United Arab Emirates and Canada in their addresses to the 70th session of the UN General Assembly.

Responding to Bahraini Foreign Minister Shaikh Khalid Bin Ahmed Al Khalifa, who on October 2 accused Iran of interfering in the Persian Gulf county’s internal affairs, Khoshroo slammed the allegations as an attempt to cover up the violations of the majority of Bahrainis’ rights by a minority that rules the Arab nation.

Khoshroo also took a swipe at the Bahraini foreign minister and his Emirati peer, Sheikh Abdullah Bin Zayed Al Nahyan, for their views about a recent crush of Hajj pilgrims in Saudi Arabia’s Mina that claimed the lives of hundreds of Iranians, saying their “appalling” comments about a subject in which they are not involved will not help resolve the issue.

The Iranian envoy further deplored the Bahraini and Emirati diplomats’ “political motives” behind distortion of the title of the Persian Gulf and their comments about Iran’s sovereignty over the three Persian Gulf islands of Abu Musa, the Greater Tunb, and the Lesser Tunb.

Moreover, the Iranian diplomat lashed out at the Canadian deputy foreign minister, Daniel Jean, for the anti-Iran comments in his UN speech on October 2.

Khoshroo said Jean’s remarks show the Canadian conservative government’s concerns about a shift in the international attitude towards Iran following the conclusion of nuclear talks between Tehran and six world powers, and the fact that Ottawa cannot keep pursuing the policy of Iranophobia as a result.

The Iranian ambassador also hit back at Canada for its poor record of human rights, saying the North American country cannot claim to be advocating human rights with its record of violating the rights of aboriginal people, African-Americans and migrants as well as its support for the Zionist regime of Israel’s atrocities.