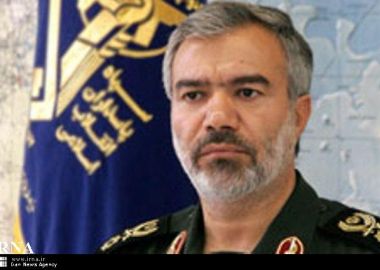 “The Americans have been the origin of any action taken against the Revolution (in Iran) during the last 4 decades; the raison detre of our quarrel with them is a quarrel between the right and wrong in nature, hence, this conflict will never end,” Fadavi said, addressing a ceremony to unveil an exhibition of the latest achievements of the IRGC Navy in Tehran on Friday night.

Stressing that the Americans can never provide the military and political requirements for waging war on Iran, he said, “Today the Islamic Republic enjoys such a power and capabilities that the enemy cannot even think of confronting Iran.”

Fadavi, meantime, underlined that the Americans merely understand the language of force and power and therefore, Iran is always increasing its military capabilities.

In relevant remarks in December, Commander of the IRGC Major General Mohammad Ali Jafari said the different plots hatched by the enemies against Iran had all failed and the US was facing a strategic deadlock against Iran.

“Today, the Americans are in a strategic dead-end and have experienced all possible options and strategies against the Islamic Revolution, but couldn’t attain their desired goals,” Jafari said, addressing a meeting of the Armed Forces’ supreme policy-making board in Tehran.

“The US capabilities can no more be expanded and their capacities for initiating a change have reached the level of saturation, meaning that the US is left with no more option but admitting the Islamic Republic of Iran’s real power,” he added.