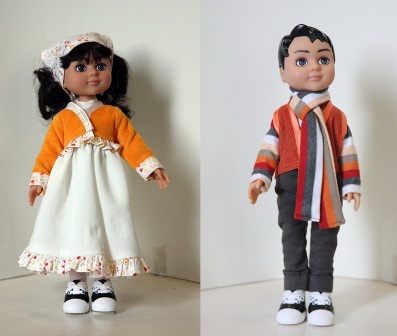 IIDCYA to form special committee for Dara and Sara dolls

Tehran, October 3, The Iran Project – The executive director of Iran’s Institute for the Intellectual Development of Children and Young Adults (IIDCYA) says the institute will form a special committee for Dara and Sara dolls.

The executive director of Iran’s Institute for the Intellectual Development of Children and Young Adults (IIDCYA), Ali Reza Hajian Zadeh, said on Saturday that a special committee will be established for Dara and Sara dolls, adding the dolls’ characters are going to become a cultural flow based on which some films, animations and television series are made.

Stressing that the plan of changing the character of Dara and Sara dolls to a cultural flow is the Supreme Leader’s demand, IIDCYA executive director said we have formed a special committee to thoroughly study the plan, and make films, animations and television series to introduce the dolls’ character and Iranian-Islamic lifestyle.

Previously it was supposed to make a computer game, named ‘Iranology’, in which Dara and Sara travelled to different part of the country and became familiar with the customs, music, food, and clothing style of the people of different region but it has not produced yet, Ali Reza Hajian Zadeh added.

He also expressed hope that the films, computer games, and animations which are made based on the dolls’ character could attract the children.

Dara and Sara dolls are Iranian toys. They were first unveiled in 2002, as an alternative to the Barbie doll. 100,000 of the dolls were made in the first round of production by a manufacturer in Hong Kong. The dolls cost less than Barbie dolls, and are meant to promote Persian culture. Dara and Sara are available in different styles, modeled after a traditional clothing.