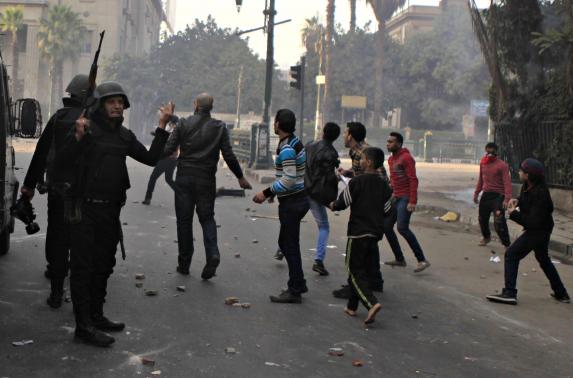 A new poll conducted by a Cairo-based center has found that the majority of Egyptian people view Israel as the most hostile regime.

The poll, conducted by the Center for Public Opinion Research, placed Israel in the first place in the category of hostile entities while the United States was listed second on the list.

The poll analyzed the Egyptian people’s perceptions of hostility or friendliness regarding more than two dozen countries and regimes from across the globe.

Respondents were asked to assess 26 countries and regimes on a rating scale ranging from very friendly to very hostile. At least 1,551 Egyptian citizens, aged 18 or older, participated in the survey.

A coup & a government neglecting a nation

Despite the apparent wariness among its citizens, Egypt has been boosting its relations with the Israeli regime since President Abdel Fattah el-Sisi took power in the Arab country in 2014.

Last month, Israel reopened its embassy in the Egyptian capital of Cairo after four years. Israel’s embassy had been closed in 2011 amid angry protests in Cairo and other cities over the killing of several Egyptian soldiers by Israeli forces along the border.

Under the Sisi administration, Cairo has also adopted a tough stance on Palestinians in the besieged Gaza Strip.

Egypt recently launched a project to flood the area along its border with the Israeli-besieged territory of the Gaza Strip to destroy the underground lifeline tunnels linking Egypt to the Palestinian territory.

In mid-June, the Egyptian military said it had demolished nearly 1,430 underground tunnels in 18 months.

The Palestinians use the tunnels to bring in much-needed basic goods and foodstuff.