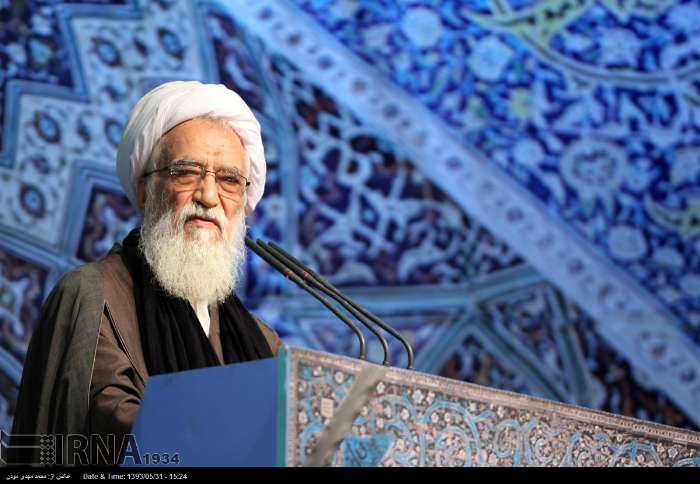 Addressing worshippers in his second sermon, he condoled with the Holy Prophet (PBUH) and Supreme Leader of the Islamic revolution Ayatollah Seyyed Ali Kahmenei as well as bereaved families over the tragic event.

Contending that the event marked a taint on Saudi Arabia record which cannot be cleaned simply, the cleric criticized Saudi officials for what he called grave negligence towards management of Hajj rituals this year.

Saudi police was hostile towards the pilgrims, he said, noting that the Saudi government is definitely responsible for the event and the world is waiting for their answers.

Condoling, apologizing and summoning charge d’affaires will not solve anything, he said.

Movahhedi-Kermani urged the Muslim states to set up fact-finding committee to find out the reasons for blocking the roads to Mina.

The committee should examine the root causes of the incident, he said, noting that the Saudi officials should not think that the issue will conclude only by delivering the bodies.

Movahhedi-Kermani blamed the Mina tragedy on Saudi rulers’ incompetency, saying that if they cannot run Hajj rituals, they should consult with other Islamic states.

He also called on Saudi Arabia to stop strikes on Yemen, saying how many innocent women and children you want to kill?

Elsewhere in his remarks, he said in an address to US President Barak Obama, ‘We do not shake hands with the US. Shaking hands with US means that our ties with US are good but we will never have good relations with you.’

‘The US is the number one foe of Islam and as long as the enmity continues, we will remain a US enemy,’ he said.

Noting that nuclear deal has nothing to do with other issues, the cleric said that the agreement will take its course but the Iranian nation will never forget US’ crimes.