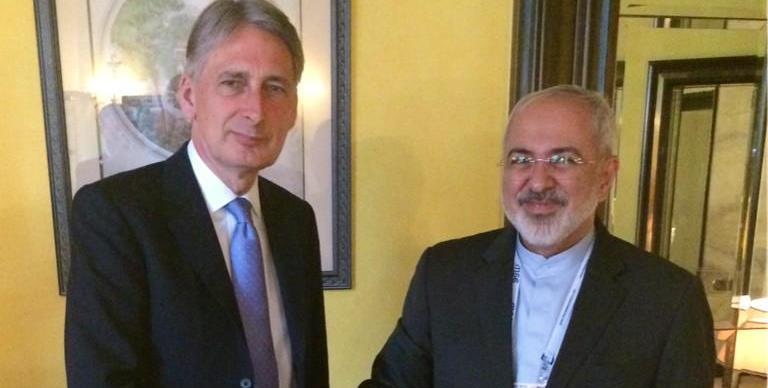 Hammond’s invitation was announced during his Tuesday meeting with the Iranian foreign minister on the sidelines of the 70th session of the UN General Assembly.

A high ranking Iranian delegation is attending the UN annual session underway at the UN Headquarters in New York, US.

At the meeting, the British foreign secretary highlighted a recent meeting between Iran’s President Hassan Rouhani and British Prime Minister David Cameron at the UN headquarters, stressing that both sides should continue their consultations on key regional and international issues, including Syria.

The Iranian minister also briefed Hammond on the recent crush outside the holy city of Mecca, which is estimated to have claimed the lives of thousands of pilgrims.

About 240 Iranian nationals are confirmed to have lost their lives in the disaster.

Iranian officials say about 4,700 pilgrims were killed in the Thursday crush. With the death toll rising, many pilgrims are still unaccounted for in the incident that marked the worst Hajj disaster in 25 years.

The two ministers attached great importance to the promotion of mutual ties between the two countries.