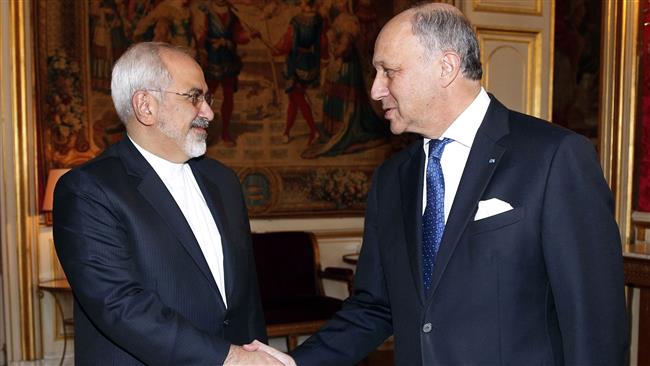 On Monday evening, Mr. Zarif of Iran and Mr. Fabius of France sat in a meeting where they discussed bilateral trade and exchange of business delegations, and the implementation of JCPOA; Syrian crisis, war in Yemen, and the cooperation of Iran and France in fighting terrorism in Syria and Iraq, and possible political solutions to the stalemate in these countries provided the meeting with the material to negotiate.

Mr. Fabius welcomed Iran’s plan for Syrian crisis and said that France would cooperate with Iran in ending the crisis in Syria; he also welcomed Mr. Rouhani’s future visit to Paris in the upcoming October.