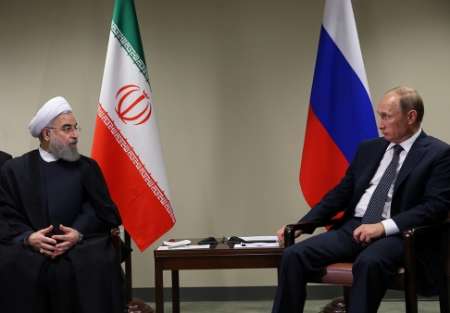 ‘The cooperation between Iran and Russia for restoration of security and stability in the region is of strategic importance,’ President Rouhani said during the meeting on the sidelines of UN General Assembly meeting in New York.

‘Good coordinated and mutual efforts were made by Tehran and Moscow to form the Joint Comprehensive Plan of Action (JCPOA) agreement,’ he added.

He pointed out that the nuclear agreement reached between Iran and the six world powers (the US, China, Russia, France, Britain and Germany) in Vienna on July 14 pave the way for deepening of cooperation between the two countries in all areas.

He pointed to the good cooperation between Iran and Russia on regional issues and fighting terrorism, and said, ‘Today the world public opinion and many countries have come to this conclusion that if the Middle East’s problems, including terrorism, are not resolved, other parts will also gradually suffer from them.