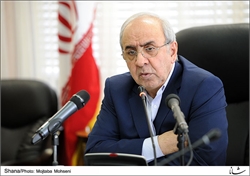 TEHRAN Sept. 27 (Shana) – Iran will win back its quota in the global oil markets by doubling the current output to 2 million barrels per day within six months after sanctions are lifted, said deputy petroleum minister for planning and monitoring of hydrocarbon resources.

“Enhancing crude export tops the agenda of the ministry in the post-sanction era. Due to the unfair sanctions in the recent years, Iran’s share was occupied by other countries,” Mansour Moazami said.

“It is our estimate to increase the export output by 500,000 barrels per day within the shortest possible time after sanctions’ removal, and to further raise it for another 500,000 barrels within six months,” he added.

Moazami, who is also head of energy committee of the Tehran Chamber of Commerce, said Iran is pushing to regain its quota of 14.2 percent within OPEC and later to increase its share in the global market.
Iran was OPEC’s second-biggest producer before US-led sanctions banned its customers from purchasing, transporting, financing and insuring of its crude in mid 2012.

Petroleum Minister Bijan Zangeneh has said that Iran is ready to increase its oil production in one week after sanctions are lifted.