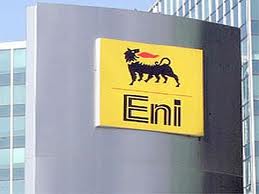 TEHRAN Sept. 28 (Shana) – President Hassan Rouhani said in the post-sanction era, Italian companies have the advantage of a better ground for presence in Iran’s oil and gas industry considering their past record of activity.

“In the new conditions, considering that some Italian firms have had cooperation with Iran in oil, gas and heavy industries, the ground is more prepared for their operation in Iran’s economy,’ he said in a meeting with Italian Prime Minister Matteo Renzi in New York on Monday.

There are numerous areas of investment in Iran from the oil and gas sector to the petrochemical, transport, industries and mine sectors, the president added, “In the new era, in addition to investment by the premier Italian companies, we are interested in transferring  of technology and the joint production of goods.”

Saying that Iran plans to open a new chapter in its ties with the European Union members including Italy, the president said that unfair sanctions against Iran have mainly ruined the Iran-EU trade.

Premier Renzi said a large trade delegation from Italy’s industrial, environmental, auto-making, oil and gas, medical appliances, and mining sectors and other areas depending on Iran’s priorities is scheduled to visit Iran in the near future.

“I will underline it to the Italian firms that in cooperation with their Iranian counterparts, they are required to do their best to formulate valuable joint activities for stronger presence in the global markets,” he said.

Renzi also welcomed President Rouhani’s upcoming visit to Italy as a move which can further develop the existing bilateral ties and said, “Iran and Italy are treasuries of human civilization and such an infrastructure should be employed to build a better future.”